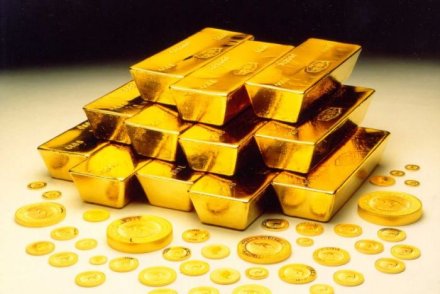 Gold has gotten a lot of attention over the last year, as valuations in assets tied to the metal have met with significant rallies during the period.  This year alone, we have seen gold prices rise from 1074.61 USD/t oz. to 1337.10 USD/t oz., indicating a rise of 24.42 percent.

Falling GDP growth, weak employment rates, and stalling inflation are being viewed as limiting factors in the United States, and this has largely prevented the Federal Reserve from normalizing interest rate levels.  Reduced rate hike expectations in the early part of 2016 helped the rise in gold prices, as market demand for first six months has been 2335 tonnes, according to World Gold Council.

This is the second highest demand report on record for any six-month period, and this is definitely something that helped fuel gold rallies in 2016.  As a result, institutional names have been looking for ways of gaining exposure to the sector.  Market reports released by Fintel.io show that fund ownership of BHP Billiton is rising, so it would not be entirely surprising to see individual investors start to enact similar strategies.  Whether or not these trading strategies turn out to be profitable will depend largely on the contextual environment and its influence on investor sentiment. 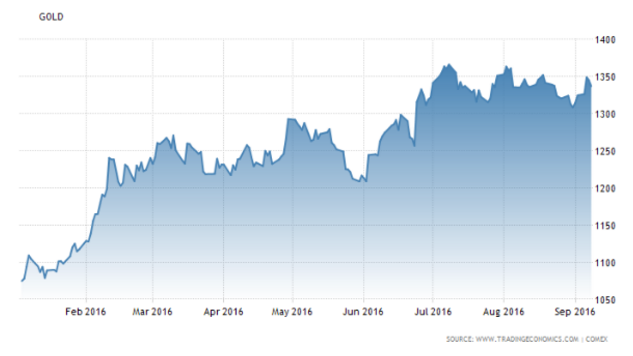 From a contextual perspective, it should be understood that roughly half of the gold produced is eventually utilized as jewelry, around 40 percent is used as an investment option, and the remaining 10 percent is used in the industry.  Activities in these areas can have a critical influence when major trends are developing in precious metals.

Another reason for the spike in gold prices has been the actual BREXIT vote, which helped valuations to rise by almost $100 per ounce in a single day.  Events like these increase uncertainty levels a create investor mistrust of world currencies.  Money must always move into one asset or another, so this is the type of situation that is perfect for precious metals investors.  BREXIT also ensured that central banks around the globe exercised all options to reduce market fears, limiting gains in other safe havens and helping gold to shine.

Institutional gold buying activity rose during the year, as geopolitical tensions around the globe in 2016 remained supportive of the gold prices. Gold is a non-yielding instrument, so opportunity costs rise when interest rates go up. The fear of a potential interest rate hike in the US early next year has kept many investors on the sidelines, as this is something that would break the overall demand levels in gold assets.

Though the actual impact of BREXIT has yet to be seen, and that will induce uncertainty about economic activities while limiting the potential for interest rate increases at central banks.  When we add the potential for geopolitical unrest, we can see the clouded outlook that continues to remain apparent.  Demand for gold in countries like India and China is something that has held as consistent, and this is something that could continue to fuel the gold prices near-term.   The GBP still works as one of the few world reserve currencies for many countries, and a fall in sterling due to BREXIT effects may increase central bank gold buying, thereby supporting further increases in the price of Gold.