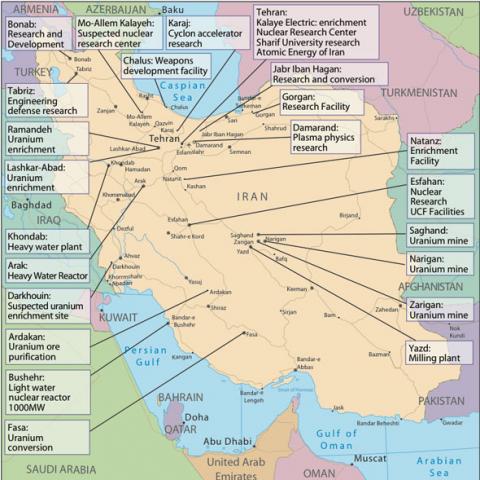 All weekend the signs have been proliferating that Israel will launch an attack on Iran’s nuclear facilities on September 29, 2012 after sundown.   First, the amount of Internet chatter over the weekend has been unusually high.  Chain emails are circulating describing the full mobilization of the Israeli Defense Forces (“IDF”) for a ‘snap’ drill on September 19th.   The drill was considered highly unusual because it occurred during the High Holiday Days, the period between Rosh Hashanah and Yom Kippur.  Normally soldiers would be heading home for the holidays, not deploying to the Golan Heights.    The snap drill included live fire exercises.  Eyewitnesses talk of crowds of IDF soldiers massing at the Wailing Wall and praying.  Usually a sign that conflict is near, not business as usual.

At dinner parties in New York over the weekend, a surprising array of people were advising travelers to stay at home next week.  The foreign policy wonks were pointing out that the civil war in Syria has given the Israelis the ability to reach Iran without needing the permission of the United States or any other sovereign nation.  By flying over Syria and the autonomous Kurdish province of Iraq, Israeli jets can easily reach Tehran and Iran’s nuclear facilities in under two hours with little or no opposition.  Israel took delivery of its sixth Boeing 707 aerial refueling aircraft this summer, so range is not an issue.

The foreign policy experts went so far as to say that President Barack Obama now sees an Israeli attack as helping his re-election by taking way another issue from Mitt Romney.    He also has an understanding with other NATO leaders that they will turn a ‘blind-eye’ to the attack.  This explains President Obama very public spat during an election year with Benjamin Netanyahu and Ehud Barak.  Normally such  behavior would make no sense, except if he needs to be able to claim ‘plausible deniability’ to avoid a larger conflict.

Interestingly, the foreign policy professionals were also saying that the strike on the physical facilities might be a ‘head fake’.  The real target would be Iran’s leadership.  After the Green Revolution, they contend that the Israel thinks that removing the current leadership is the only way to stop Iran’s nuclear program, permanently.  They theorized that the Israel would use a swarm of drones to hit the Ayatollah Sayyid Ali Khamenei , al Quds forces and the leaders of the nuclear facilities.  The Israelis have seen how successful President Obama has been with his drone campaign against the leadership of Al Qaida and the Taliban – 1,500 dead and counting.

But the most compelling evidence is in the stars.  A Nigerian friend warned of a severe astrological disturbance on September 29-30 with the full moon in Aries and conjuncts to Uranus and Plato.  He advised that such a stellar pattern signaled violent change.  A quick check of various Internet astrology sites confirmed his warning – stay close to home next weekend and expect the worst.