Ever since the middle of 2014 oil has dropped sharply in price. After ‘bottoming out’ somewhat, it now remains low – with periodic reactionary price adjustments over speculation as to the future oil price.

At the heart of the issue with the oil price is the simple fact that there is too little demand and too much supply. While pundits have often theorized that the supply and demand eventually balance out towards the latter part of this year – it seems that isn’t going to happen.

The glut in global oversupply of oil is due to several factors – but the largest of which is OPEC’s move to defend its market share against non-OPEC oil producers (such as Iran). The move to sustain record levels of oil production was meant to eventually price-out non-OPEC producers.

Unfortunately because of that there is simply too much oil supply on the market – which is why over the last year many have expected OPEC to come to a deal to limit supply. Although there has been rampant speculation that a deal was close at various points throughout the year, it has failed to materialize – which indicates that the oversupply could very well continue. 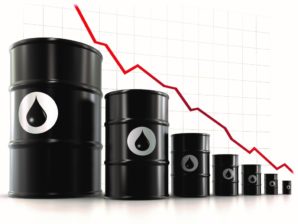 To further compound the issue – the global oil demand appears to be dropping as well. In a recent report the International Energy Agency (IEA) noted that the growth in global oil demand is much slower than previously predicted – and downgraded its previous forecast by 100,000 barrels per day.

Additionally, it is expected that the slowdown in demand will continue into 2017 – unless conditions change for some reason. For the most part the lower demand is due to the uncertain economic conditions throughout the world – particularly in countries such as India, China and the US.

Right now the oversupply looks set to continue, and the global demand seems to be shrinking. As such the price of oil seem set to remain low for the rest of the year and the first half of 2017.

It should be noted that there is still quite a lot of uncertainty in the market however. In particular any move on OPEC’s part to limit the supply of oil could very well cause a rebound. While that still seems unlikely to take place – it could potentially alter the outlook for oil.

Other macroeconomic factors will also have a part to play, and because of all the uncertainty in the market anything related to the supply or demand of oil will cause its price to fluctuate. In short while the price seems set to remain low – there are events that could cause a sharp hike or drop in the short term.