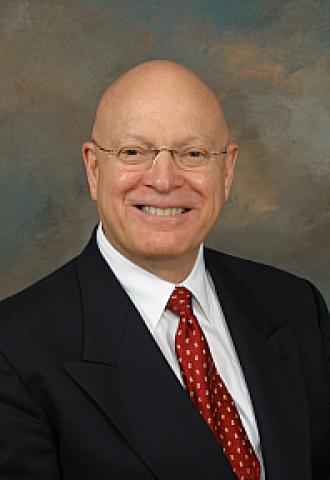 Redistricting is one of the most significant joint responsibilities of elected officials, and it is a solemn trust in the service of those who elected them, according to Gindlesperger. "This decennial process determines the level of representation that each of us receives, and for that reason it requires fair, transparent and inclusive decision making," he explained.
In his remarks before Senate and House Leadership, he stressed the importance of fairness, transparency and inclusiveness in the process: "In my view, the Legislative Reapportionment Commission needs a chair who can be fair, but decisive, who has experience and political savvy, who is willing to listen and to hear, and who exhibits both patience and wisdom. Redistricting is not just about winning or losing campaigns.  Redistricting is about how the citizens of our Commonwealth are served for generations to come, because we, together, will set the direction for that journey. To navigate through treacherous waters takes a steady hand. You are the captains of that ship. I would be honored to serve as your navigator. "
As a lifelong resident of Pennsylvania and a graduate of Dickinson College, Gindlesperger began e-LYNXX Corporation in his hometown of Chambersburg, and over the past 36 years has grown it into a multi-million dollar, North American leader in the development of procurement innovation. e-LYNXX also is the recognized leader in helping printers produce work from the U.S. Government Printing Office.
Elected officials at local, state and national levels have sought his input on a wide range of issues. He has testified before the U. S. Senate Committee on Rules and Administration regarding government print and procurement policy. He has worked directly with numerous Congressional and Senatorial members and staff and has advised Congress on the development, operations and future of government procurement.
In 2009, he was inducted into Printing Industries of America’s Ben Franklin Honor Society of print industry leaders for his lifetime contributions to the print industry. Also, he has been named by editors of Supply & Demand Chain Executive magazine to their list of the most influential procurement leaders in North America in 2010 and 2011. He has been honored by the Greater Chambersburg Chamber of Commerce with its Innovator of the Year Award for inventing the AVS TechnologyTM and with its Volunteer of the Year Award for his efforts in saving 3,000 jobs at the Letterkenny Army Depot. He has served as a trustee of the Falling Spring Presbyterian Church.
Gindlesperger’s  AVS Technology invention is an automated vendor selection procedure that has received patents from the U. S. Patent Office in 2002, 2008 and 2010. When AVS Technology is used along with a set of best procurement practices, buying organizations are reducing by as much as half what they were paying for custom goods and services. They also are reducing inefficiencies, strengthening controls, increasing competitiveness and ensuring fairness in the process.

e-LYNXX Corporation has been recognized by the Printing Industries of America as one of its "Best of the Best Workplaces in America" and by Supply & Demand Chain Executive magazine as one of the top 100 procurement firms in North America.