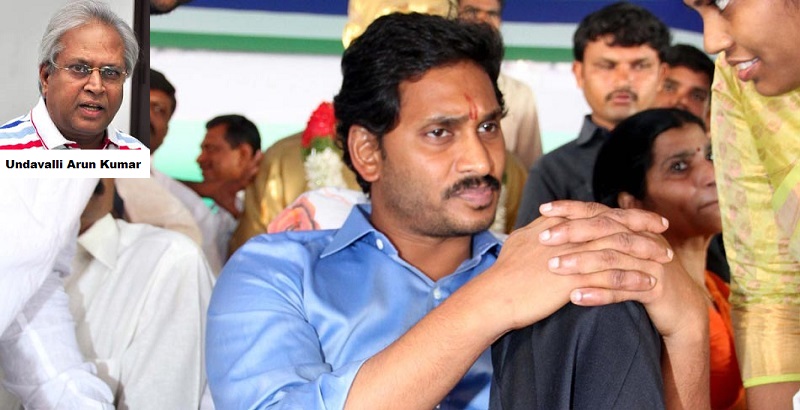 New Delhi (GR-TYP-BIN): Former MP Undavalli Arun Kumar said that he wishes for the success of YS Jagan Mohan Reddy’s ‘deeksha’ (indefinite hunger strike) which is being staged in Guntur for the ‘Special Status’ of Andhra Pradesh.

The former MP requested the Parliament to address the issues caused by the division of the state and also said that the Centre should make things clear about the ‘special status’.

“I wish success to YSRCP Chief YS Jagan Mohan Reddy’s ‘deeksha’ he has taken up for achieving the special status of the state”, Undavalli expressed.