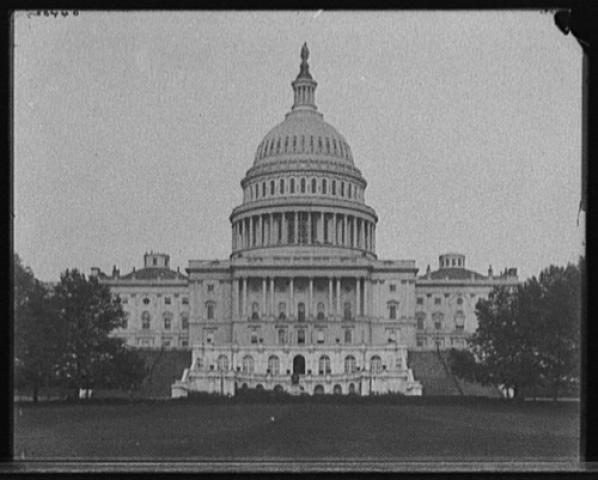 A Senate hearing on Capitol Hill Monday highlighted the slave-like working conditions of workers in U.S. tomato fields and the need for the Bush administration to step in and ensure that tomato pickers and other migrant workers do not endure 21st century slavery.

Testifying before the Senate Health, Education, Labor and Pensions Committee, Charlie Frost, a detective with the anti-trafficking unit of the Collier County police in Naples, Fla., said slavery in the Sunshine State’s tomato fields was happening even as he spoke.

The system of recruiting, hiring and employing migrant workers allows large companies that buy the tomatoes to “remain willfully blind” to the reality of slavery and, without a doubt, the larger companies are complicit and benefit from the slavery, he testified. Says Frost:

The mostly immigrant workers who pick tomatoes for the fast-food industry are among the most exploited workers in the country, Lucas Benitez told the committee. Benitez, co-founder of the Coalition of Immokalee Workers (CIW), said the workers sometimes are held against their will, beaten and forced to work for little or no pay. Thousands more are trying to survive on poverty wages with no sick leave and no freedom to join unions for a better life.

The work is hard and dangerous, and workers suffer not only from the physical effects of the back-breaking work, Benitez says, but also from mental abuse, as multiple supervisors shout at them all day. And for a week of hard labor, many of the workers receive as little as $20 after they pay for their housing and transportation.

Investigative reporter Eric Schlosser, author of Fast Food Nation, pointed out that not all tomato growers flout the law or hold their workers in slave-like conditions, but

farmers who obey the law shouldn’t have to compete with farmers who employ slave labor. Slavery is un-American, unacceptable and must stop.

Benitez told the committee that when he was picking tomatoes in the field, he once asked the farmer why he treated the workers so badly. His answer:

He said the tractor doesn’t tell the farmer how to run the farm. He saw us as just another tool and nothing more. Now we are no longer alone. Millions are joining us to call for a new day in agriculture.

Fast-food giants McDonald’s and Yum Brands signed ground-breaking agreements to pay one cent more per pound to workers harvesting tomatoes, which means the workers get 72 cents to 77 cents for every 32-pound bucket of tomatoes they pick, up from 40 cents to 45 cents.

But Burger King, the world’s second-largest hamburger chain, has joined with the Florida tomato growers to fight working with the CIW to improve farm workers’ wages and conditions.

You can act now to urge Burger King to do the right thing and treat these workers with human decency and respect. Click here to sign the petition to eliminate modern-day servitude in America’s produce fields and join an industrywide effort to eliminate slavery and human rights abuses from Florida’s fields.

One of the surreal moments in the Senate hearing came as Reggie Brown, executive vice president of the Florida Tomato Growers Exchange, one of the leading opponents of the McDonald’s and Yum deals, claimed the tomato workers actually earn $12.46 an hour.

But as Sen. Richard Durbin (D-Ill.) pointed out, for a worker to earn that kind of money at 40 cents a pound, a worker would have to pick about 3,000 tomatoes every two minutes. Durbin told Brown:

To suggest workers in the tomato fields are making almost double the minimum wage stretches credibility. The basic bottom line is this: If Florida tomato growers can’t live with paying tomato workers a penny more a pound for tomatoes, then we can live without Florida tomatoes on our food.

The companies that exploit tomato workers get away with it because there are so many loopholes in the laws that exempt agricultural workers from many protections that other workers enjoy, says Mary Bauer, director of the Southern Poverty Law Center’s immigrant justice project. And existing laws are poorly enforced.

She says agricultural workers are excluded from most major work safety laws, child labor laws, minimum wage laws and the laws allowing workers to form and join unions. There is rampant discrimination in the tomato fields, and young children are working in the fields to help their families earn more. Workers’ health is endangered by exposure to pesticides, and there is widespread sexual harassment, she says. Bauer says:

Congress should end agriculture’s exceptions. Farm workers should be eligible for overtime and minimum wage and the same benefits other workers enjoy.

Several senators made it clear they intend to make sure the Immokalee workers receive justice. Sen. Bernie Sanders (I-Vt.), who visited Immokalee in January, says the housing conditions he saw in Immokalee were “abysmal”—eight to 10 workers stuffed into a rundown trailer for which each worker had to pay an exorbitant rent.

As a former mayor, I can say no trailer like that would have passed inspection or been allowed in my town.

All of us know that we live in a global economy. When people eat food, they wonder about the quality of the food, want to know the conditions workers who produce work in. People are saying no to slavery, no to poor working conditions.

Sen. Edward Kennedy (D-Mass.), the committee chairman, summed up the feelings on the committee when he warned the tomato growers:

We’re not letting up; we’re staying after this. All of us must do something to rectify this situation.