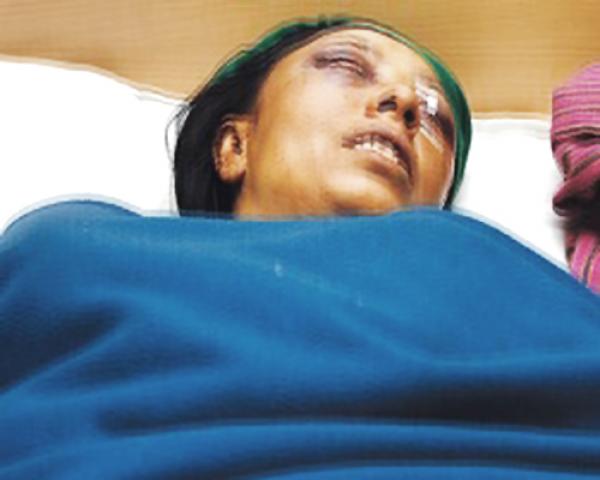 Kathmandu, March 23, 2012: A women accused of being BOKSHI (witch) in Jorpati was attacked and injured.   Sunita Pudasaini a 40-year-old woman was poked in her eye with a stick for allegedly being claimed as a BOSKHI and practicing witchcraft against her own  family.  Pudsaini was attacked by her own siblings when one of the witchcraft doctors accused Pudasaini to be BOKSHI and reasoned her to be the cause of illnesses and bad fortune in the family.

According to the police, “The incident happened as Pudasaini was accused of Bokshi and 6 people manhandled and injured her. She was covered in blood when we arrived here.  A case has been filed in the Jorpati Police station the suspects have been arrested further investigation is going on.”

The Kantipur quotes, Pudasaini as, “They  bound and gagged me on the kitchen floor and the three started tearing off their clothes. After stripping us naked, the three of them climbed on top of us. They started to bite us everywhere. They hit us with batons until we were swollen from top to bottom. Then my sister’s husband fetched a sickle and started attacking my eyes.”