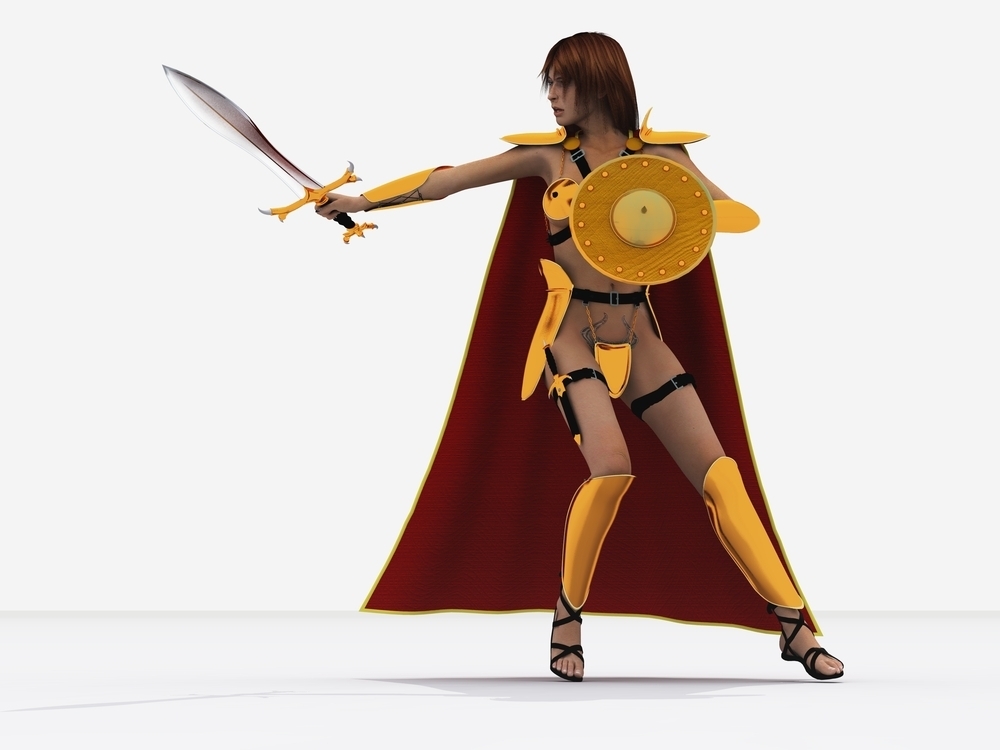 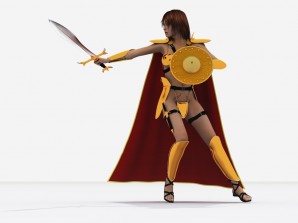 A major angel investor in high tech companies, who is a woman, told me she didn’t like to invest in ventures led by women because they didn’t have the vision of male entrepreneurs like Jeff Bezos, Larry Ellison or Steve Jobs. Some women build large businesses, she explained, but they’re usually based on girly products. Women don’t build companies that are based on disruptive technologies and have the power to change the world.  Even Amazon, a name associated with ancient women warriors, took the efforts of a man to build it.

There is one woman in history who might have built a company that changed the world if she had lived in the twenty-first century instead of AD 60.  Boudica*, Queen of a Celtic tribe in Britain, was married to Prasutagus, who had ruled the Iceni as an independent kingdom and ally of Rome.  He willed his kingdom jointly to his daughters and the Roman Empire, but when he died, the Romans took full control.  Boudica was reportedly flogged, her daughters were raped, Roman financiers called in their loans, and the kingdom as annexed as if it had been conquered in battle.

Boudica who reportedly had long flowing hair, a loud voice, an intense glare and wore a torc—the equivalent of 40 pound neck ring, usually worn by male warriors of high rank—was chosen to lead her people in an assault against the Romans.  Reports estimate 80,000 were left dead and the city of Camulodunum (Colchester) was destroyed.  Roman historian Tacitus said that the Britons had no desire to take prisoners – they simply slaughtered everyone in their path.

The most famous women entrepreneurs of our times are strong, powerfully intelligent women, and yet their empires are based on girly things.  Diane von Furstenberg sells dresses, Estee Lauder sold make up. Martha Stewart sells house wares. Sara Blakely built an empire on the body shaping undergarment Spanx. And Oprah Winfrey sells hope.  These women didn’t change the world, unless you count wearing Spanx under your suit the same as wearing game-changing armor in battle or the boardroom.

There is no indication that any of these women would ride bare breasted while they charged heroically into battle to defeat the Romans. Being Boudica in today’s business world means women have the power to raise capital for girly things like dresses, makeup, duvet covers, and of course, hope.  Oprah Winfrey made a career out of making women feel good about being fat and still wearing gorgeous clothes and makeup, gushing about loving themselves for just the way they are—with Spanx. Note that Spanx skyrocketed to overnight success when it was featured as one of Oprah’s favorite new products.

In the next ten years as women are educated in the STEM disciplines that form the thinking for innovative technology, it will be interesting to see if more women create companies that change the world.  It could be argued that Spanx, with revenues of $250 Million a year, has already changed the world.  So long as a premium is placed on women looking good instead of being powerful, then major investors will bet on men.  The question is would Boudica wear Spanx?  The answer is: with all of her warrior activity, Boudica was probably in great shape and didn’t need to wear spandex.  Truth be told: in battle, Boudica wore blue body paint to look awesome, fierce, and truly powerful.

*There are many spelling variations. She is also known as Boudicca and Boadicea.