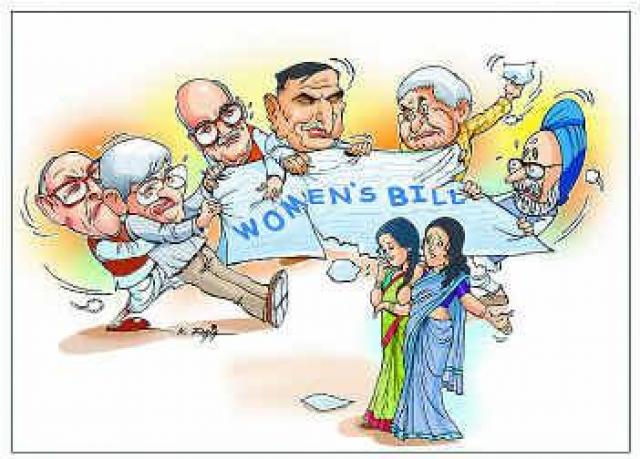 WOMEN’S Bill seems to be doomed once again, with almost every party Leader having his view on the matter, as if the women who are supposed to benefit in the bargain never matter, after all.

Women are not asking for grace and charity. Their contribution to the cause of nation-building exceeds that of men.

An International Labour Organisation study shows that "while women represent 50 percent of the world adult population and a third of the official labour force, they perform nearly two-third of all working hours, receive a tenth of world income and own less than one percent of world property."

Therefore, reservation for women is not a bounty but only an honest recognition of their contribution to social development.