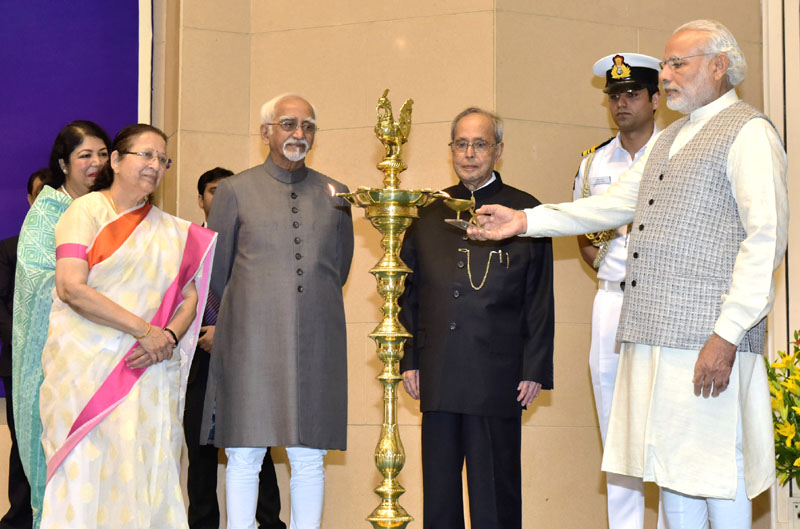 New Delhi (PIB-GR-TYP-BIN): The Vice President, Mr. Mohd. Hamid Ansari has said that women’s contribution is crucial to building a strong and vibrant nation. He was addressing, on March 5, the First Conference of the Women Legislators in India on the theme ‘Role of Women Legislators in Nation Building’ which was attended by the President, Mr. Pranab Mukherjee, the Prime Minister, Mr. Narendra Modi, the Speaker of Lok Sabha, Mrs. Sumitra Mahajan, the Speaker of Bangladesh Parliament, Dr. Shirin Sharmin Chaudhury and other dignitaries.

The Vice President said that women’s political participation results in tangible gains for democratic governance, including greater responsiveness to citizens’ needs. Women’s leadership and conflict resolution styles embody democratic ideals and they tend to work in a less hierarchical, more participatory and more collaborative manner than male colleagues, he added.

The Vice President said that the increase in women representation at local bodies has not led to commensurate increase of women members in legislatures both at the Centre and State. He further said that our Parliament’s gender profile is woefully unbalanced with women constituting only 12 per cent of the total membership. To shore up women’s political representation, all political parties need to extend their support to ensure that the Constitutional Amendment Bill to provide for 33 percent reservation to women in the Lok Sabha and State Legislative Assemblies is not delayed further, he added.