CHITRAL:   A day long  workshop on wildlife conservation and management of wildlife  held at Mastuj some 110 KM from here. The workshop was arranged under the project strengthening conservation and Development of Wildlife  resources in Dir, Swat and Chitral program.  Divisional Forest Officer Wild Life chitral Division Imtiaz Hussain lal was chief guest on the occasion while the workshop was presided over by Nooruddin Tehsildar of Mastuj. Addressing to the participants of Workshop Hameed Mir, Imtiaz Hussain, Waqas Ahmad Advocate and other experts said that due to polluting of environment temperature increasing by 8 degrees globally and in Chitral it increase 1.5 degree which is an alarming signal for the area.

They said that due to deforestation and damaging natural resources not only wild life affecting badly but it also causing for tremendous flood, melting of glaciers, and decreasing of water resources. They said in Chitral  conservation of wildlife is most essential for promoting of Eco tourism which can attract tourists from world level.

They said that there is great potential of wildlife in Chitral like brown bear, Ibex, Kashmir Markhor, Snow leopard and other rare species of birds, animals, medicinal plants and forests.

They said that 542 glaciers of Chitral are melting very fast due to polluting of environment. Women folk of the area also participated in workshop who  demanded for giving equal opportunity to women of the area in conservation of wildlife.

Group work was also arranged during the workshop in which the participants highlighted issues reflecting to wildlife and its possible solution.  Participants from Broghul valley expressed their great pleasure on establishment of a National park in that scenic valley which definitely will change fate of the area.

A local person from Torkho disclosed that due to increasing of awareness among the masses now there are a number of Ibex living in their area. He also demanded for hunting trophy in that area. It is pertinent to state here that more than 10 Million US $ being paying for Markhor hunting trophy by foreigners hunter at Chitral in which 80% amount distributing among the local community and 20% goes to government exchequer.

A large number of representatives and presidents of different village conservation committees, social workers, govt officials including women folk participated in the workshop who hailed it and demanded for its continuation to create awareness regarding importance of wild life among the masses. 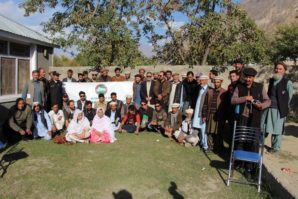 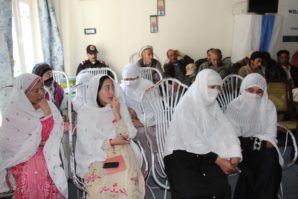 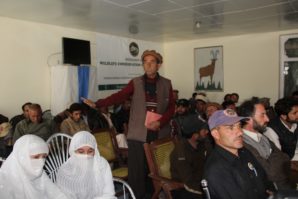 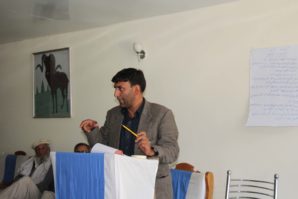 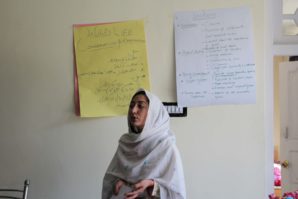 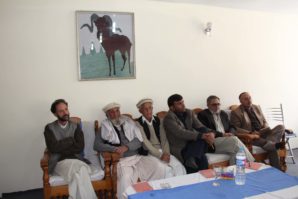 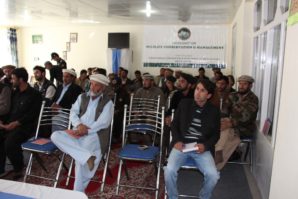