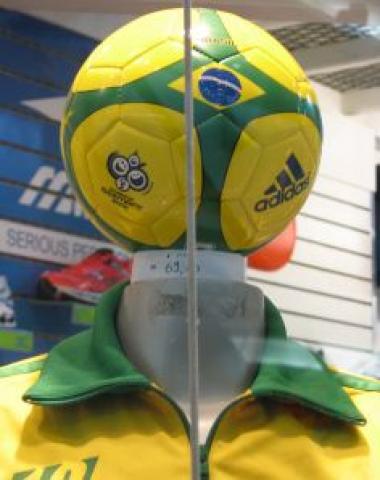 It is quite amazing to see how the world football governing body, FIFA, behaves with Brazil and the organisation of the 2014 World Cup! Very childishly.

In 2003, Brazil forbade alcohol at all football matches because of the violence it generated between rival supporters.

However, for the past six months or so FIFA has been pushing for a change in Brazil’s law. Basically, FIFA wants the Brazilian government to authorise the sale of beers during the next World Cup.

In order to do so, there is a need for new legislation. But before, the new law has to be approved by the Brazilian Congress, where many Brazilian MPs (among which former Brazilian football player and now politician, Romario) are against the change and the involvement of FIFA in Brazil’s laws. Even the Health minister is against the new legislation.

Why on earth is FIFA pressing so much on the issue and getting so frustrated with Brazilian lawmakers and Government?

Well, it just so happens that beer maker Budweiser is a big FIFA sponsor! Therefore, no beer in the World Cup stadiums means no Budweiser sponsorship! “Money, money, money…”

A very frustrated FIFA General secretary, Jerome Valcke, said to journalists in Rio de Janeiro: “Alcoholic drinks are part of the FIFA World Cup, so we’re going to have them. Excuse me if I sound a bit arrogant, but that’s something we won’t negotiate. The fact that we have the right to sell beer has to be a part of the law.”

Wait a minute… “Alcoholic drinks are part of the FIFA World Cup”? Mix alcohol + supporters at a stadium… What do you get? Fun? Enjoyment? No. Violence!

Then… “I sound a bit arrogant, but that’s something we won’t negotiate”? Jerome Valcke doesn’t sound arrogant by saying FIFA won’t negotiate about alcohol sale. Not at all. He barely sounds dictatorial and totalitarian.

Why can’t FIFA negotiate on that “minor” issue, when it barely talks about the slow pace of the building and refurbishment of Brazil’s stadiums? Why can’t FIFA actually press on a real and major issue that is the lack of infrastructures and the need for a serious improvement at the airports of the largest country of South America?

Why is it that a sovereign country should change its legislation simply to please a couple of sponsors at a sporting event, even if it isn’t in the public interest and a well-known and documented health and safety related issue?

This work is licensed under a Creative Commons Attribution-NonCommercial-NoDerivs 3.0 Unported License.