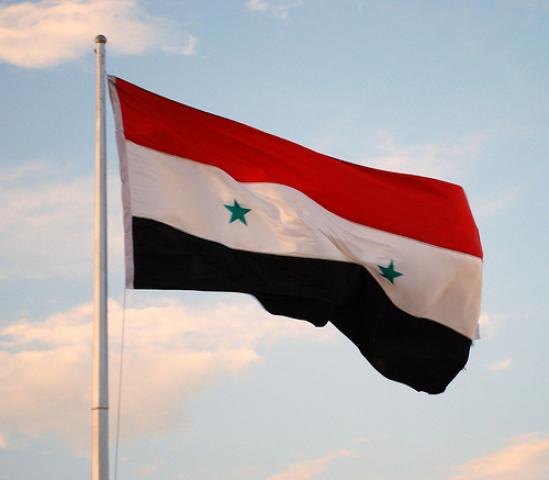 This post is part of our special coverage Syria Protests 2011 [1].

In March 2011, when Syrians started taking to the streets [1]to demand freedom and justice, it was hard to imagine that a year later the regime would have killed thousands of people and tortured and arrested countless others. The city of Homs has been besieged since the beginning of February and suffers an unprecedented crackdown against its entire population, with a death toll of 100 every day [2].

While international powers have not agreed on the need to pressure the Assad regime, global citizens solidarity with Syrians has been increasing and it will likely garner more support now that we are reaching the anniversary of the Syrian revolution.

An initiative called Global March for Syria aims to take people from all over the world to the streets on March 15, 16 and 17 in support of the Syrian people’s struggle. The campaign is explained in a video called “Against a Dictator” that has been widely shared online: youtu.be/ocs4k9fnVzI

Marches for Syria are already planned in 16 cities, and the list keeps growing every day. Activists have created a Facebook event [3]with information on the different marches, where they encourage citizens worldwide to stand with Syria against oppression:

One year since the Syrian revolution began. One year of violence against peaceful protesters and innocent civilians. One year of bloodshed. And one year of a brave stance against great evil, but the Syrian people have vowed to never stop until the fall of the regime, until they gain freedom and dignity. On March  15-17, 2012 let’s stand with Syria against oppression and take a moment to remember the thousands of lives sacrificed since March 15, 2011.

This post is part of our special coverage Syria Protests 2011 [1].

Filed under: Politics, World
Share Tweet Pin G Plus Email
previous article: HIKING TRAFFIC VIOLATION FINES IS OK!! BUT WHAT ABOUT DANGEROUS ROADS AND DIRTY SIGNALS
next article: Speaking Out For Rural Women