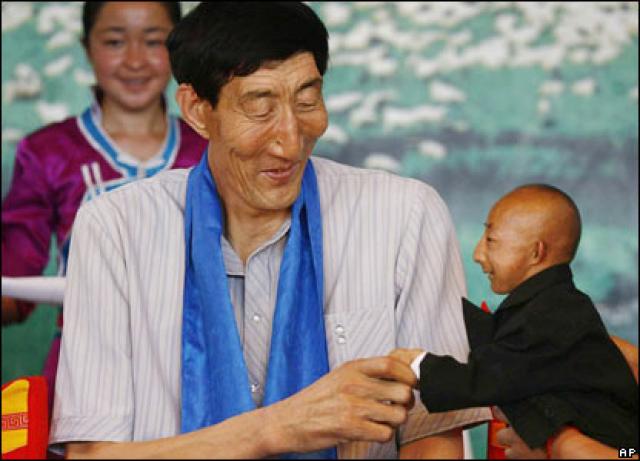 Zeng Jinlian (simplified Chinese: traditional Chinese: ; pinyin: ZÄ“ng (Céng) JÄ«nlián; June 26, 1964 – February 13, 1982) was the tallest female ever recorded in medical history, taking Jane Bunford’s record. She is also the only female counted among the twelve individuals in medical history who reached a verified eight feet or more. At the time of her death at the age of 17, in Hunan, China, she was 8 ft 1.75 in (249 cm) tall. However, she could not stand up straight due to a severely deformed spine. Nevertheless, she was the tallest person in the world at the time. In the year between the death of 8 feet 2 inch Don Koehler and her own, she surpassed fellow ‘eight-footers’ Gabriel Estavao Monjane and Suleiman Ali Nashnush. Her growth patterns mirrored those of Robert Wadlow, as shown by the table below