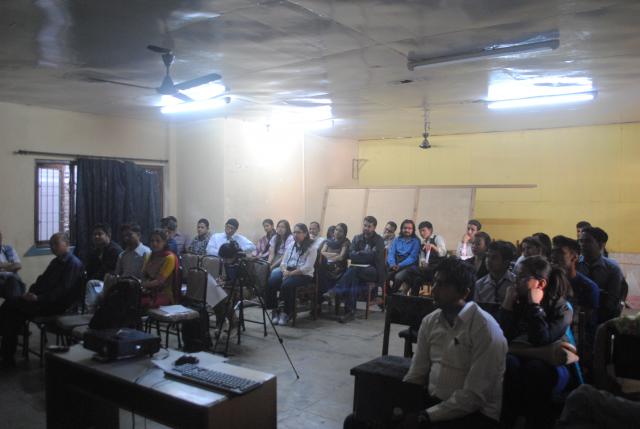 An academic seminar jointly organized on Friday by the Federation of Nepali Journalists (FNJ) and the Department of Mass Communication and Journalism at Kantipur City in Kathmandu emphasized on the moral standard and professionalism in media work. The seminar under the banner entitled Press Freedom for Better Nepal: Dynamize the Nepali Minds also shed light on the need to address the overall transformation agenda of the Nepali society.

Addressing about 50 participants, most of them master level mass communication and journalism students at Kantipur City college, Prof. R. K. Regmee highlighted  the need to address diverse issues, with digital divide and lack of communication infrastructures in mind. Pointing out to the potential benefits of press freedom, he said that press freedom was not for brainwashing and imposition but for offering options and alternatives in a pluralistic democratic society.

Representing the Federation of Nepali Journalists (FNJ), former FNJ President Suresh Acharya admitted that even mainstream journalists have moral problems. He expressed his concern that journalism in Nepal, despite the drastic growth in the number of print and electronic media, requires much work to upgrade professionalism.

Representing the participating students, 10 Master of Arts in Mass Communication and Journalism students supported the idea that  professionalism and a deep sense of social responsibility geared at the positive transformation of the Nepali society were needed while using press freedom. Some of them even questioned media experts about why new comers in journalism often become victims of attack while those affiliated to the most powerful media and parties remain less proactive role players in the fight for journalists’ safety.

The participants unanimously voiced their concern over the deteriorating safety of journalists in Nepal.
The seminar was organized to mark the World Press Freedom Day.