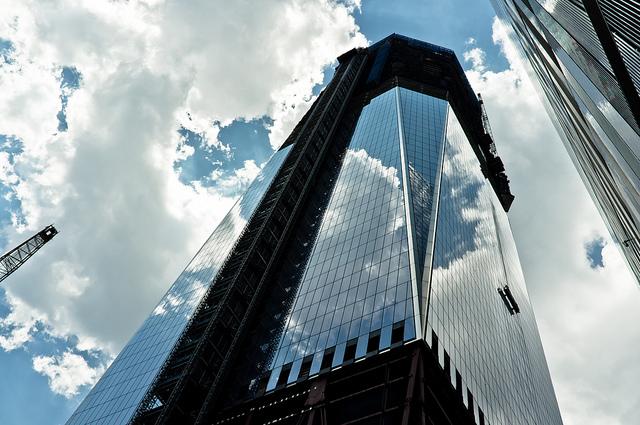 10 Years after the 9/11 Attacks on the two Towers of the World Trade Center, the new One World Trade Center has reached 100 Floors (1,240 feet). The new WTC is expected to surpass the  of the Empire State Building (1,454 feet) within the next couple of Weeks.

One World Trade Center grew from 93 Floors to 100 last week. 7 Floors in one Week? Sounds like a lot of work for only one week! But there’s a simple explanation for that. The Architects had to make up the Buildings Base and They needed to find a place where they could store the Building’s mechanical and electrical equipment.

The New Complex is expected to be completed by the end of 2013.