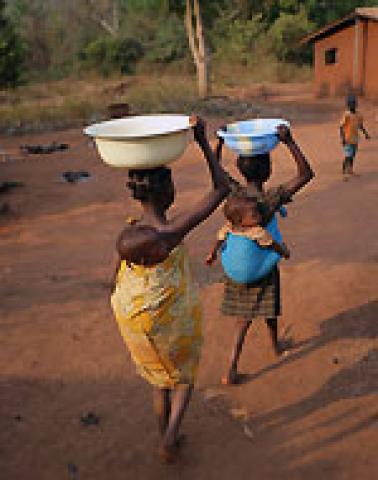 Today—March 22—is the World Water Day. The core meaning of observing this particular day is to understand the essential meaning of water for life as a whole and human beings in particular.

Drinking water is still a major public crisis in more than 100 developing nations. Water advocacy has developed to the degree of industrialization but the practical circumstances under which people live have not changed. There are various factors to consider on this. The political leadership is a primary concern in this context. As it is the factor that produces decisions and has a primary role in initiating the implementation, it is considered before anything else. Unless there is a right sort of political leadership in any country, the concerned people can never achieve the desired level of development. No matter how much nations spend on efforts to meet the Millennium Development Goals (MDGs), no more can be hoped in absence of political ethics and will power.

Ill-governance, corruption and elitism have destroyed the working class people’s aspirations in many developing countries. In such countries, most of the people still lack access to safe drinking water. They suffer from various water-borne diseases, many of them communicable.  While we observe the World water Day, it is necessary to remember that almost 2.5 billion people lack sanitation. Thus, people’s long-term health is at risk.

Practical projects on safe drinking water need encouragement and promotion. But it is equally important to emphasize water as a basic human right—something that must not be made an expensive market commodity.

The current trends promoted by the World Bank, the Asian Development Bank, and other agencies are very dangerous in this regard. They emphasize on privatization of all natural resources, including water resources themselves. Can the Earth’s water resources belong to a few money-mongers? Can they be the private properties of a few individuals? This sounds a fundamental human rights question regarding water. Would it be illogical and anti-democratic to put this question on the occasion of the World Water Day?