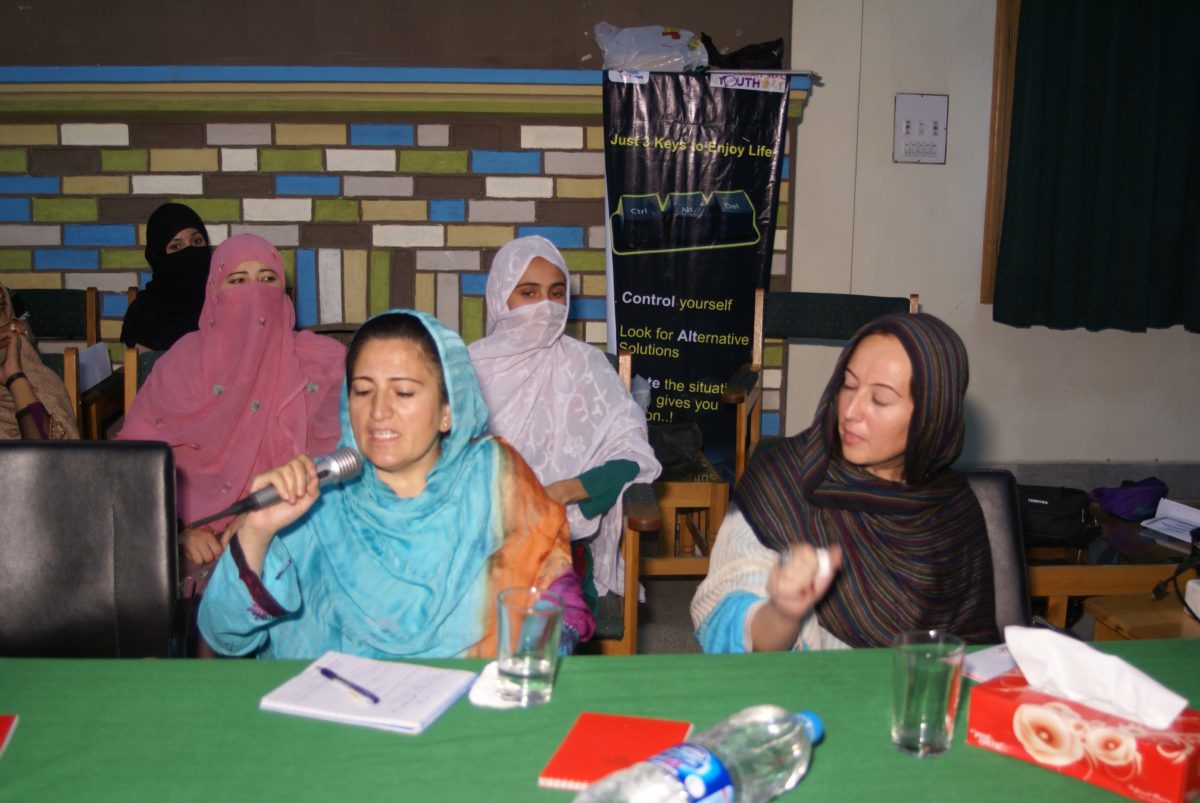 CHITRAL: International youth day was celebrated at Chitral under the chair of lady MPA (Member Provincial Assembly KPK) Miss Bibi Fouzia while the ceremony was presided over by Deputy Commissioner Chitral Muhammad Shuaib Jadoon. Addressing on the occasion the speakers highlighted different problems and issues of youth of Chitral. They said that youth facing great problems like unemployment, drug addicting, non availability of job opportunities, free drug trafficking and lack of career counseling and skill development centers. Hence some of experts were of the opinion that young generation of modern era is lazy and like comfortable life instead of hardworking. They said that youth should to hard work and try for their gaining of livelihood and seeking job opportunities. Muhayuddin and Noor Alam briefed the stakeholders in their presentation about district youth forum Chitral which was established in March 2012 for redressing of youth problems. Addressing on the occasion Deputy Commissioner Chitral Shuaib Jadoon said that increasing of population is causing for under resources and we face numerous problems. He stressed upon the youth of Chitral to must participate in productive activities and efforts for gaining their livelihood with a honorable way.

Expert said that 1.1 billion youth existing in the world and according to united nation their motive of the year is youth migration moving development forward this was the theme of the year by UN. Dr. Inayatullah Faizi of Abdul Wali Khan University Fazal Malik of AKRSP, Razia Sultana and other stressed upon increasing literacy ratio and uniform high education in the country which is the only way for eradication of poverty and eliminating of unemployment. They said that there is very less job opportunity in public sector for women folk which need attention of the ruler for increasing their number and quota in different departments for job. Senior journalist Muhkamuddin, Sajjad, Muhammad Hussain and other criticized that vocational center building was hired for campus of Abdul Wali Khan University instead of constructing a new building.

Addressing to the forum Lady MPA Miss Fauzia said that she will must raised the issue at provincial assembly floor and will discuss the issue the chief Minister KPK for increasing more job opportunities for youth. She also stressed upon the public to must inform them about recruitment in police if any officer get bribe. She said that a full fledge university will be established here which will be included in next ADP as well as a vocational center for women of Chitral for giving them skill and technical education causing for their employment. She said that talented students will be given scholarships by provincial government to encourage them hence she said that youth should not be burden on government organizations they must be engaged in private sector. She said that we will establish a technical center at Chitral to export technically expert labor to middle east and abroad. Youth resources center will also be established here and fund of 200 million will be returned to Chitral for these purposes Miss Fauzia addes. At last a question answer session also was held. A large number of people including women folk attended the youth forum.