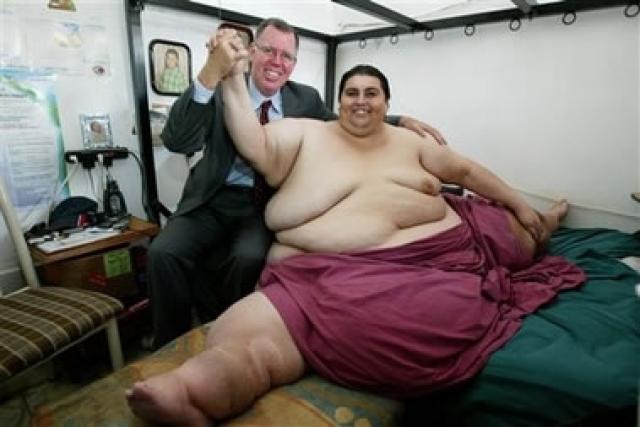 The world’s most obese man is getting hitched.

Manuel Uribe says he will wed longtime girlfriend Claudia Solis on Oct. 26th in Monterrey, Mexico. The two will be married in a civil ceremony at a location still to be decided.

Uribe is unable to walk, and leaving his house means being towed through the streets on his specially made bed.

This year the Guinness Book of World Records declared Uribe, who tipped the scales at 1,230 pounds in 2006, the world’s heaviest man.