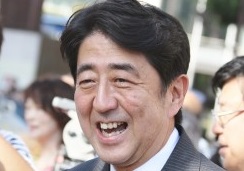 Japan has set its goal to help developing nations in the fight against climate change through technological innovations and increasing assistance to ¥1.3 trillion per year by 2020. Prime Minister Shinzo Abe will announce these details during the 21st Conference of the Parties to the U.N. Framework Convention on Climate Change (COP21) in Paris. 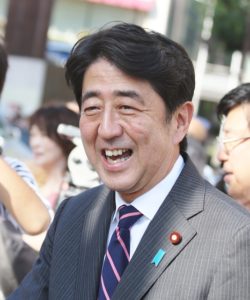 The Japan Times reported that the ¥1.3 trillion a year by 2020 commitment of Japan was also announced to secure a better negotiating position in the Paris climate talks. The ¥1.3 trillion package, which will include projects by both the private and public sectors, is up about 30 percent from the actual budgets allocated for fiscal 2014.

On the other hand, the Yomiuri Shimbun reported that research and development of “revolutionary technologies” will be reinforced to balance the goals of preventing global warming and promoting economic growth, will be reinforced. Abe emphasizes the intent to utilize the nation’s high-level technological capabilities plans, such as next-generation batteries and the use of hydrogen as zero-emission energy, in its plan to aid other nations regarding climate change.

“To realize cuts in carbon dioxide emissions while maintaining economic growth, it is essential to develop revolutionary technologies,” Abe plans to highlight.

Highlighting Japan’s achievements, Abe will discuss solar power generation and the development of cars powered by fuel cells among the nation’s technological innovations. The prime minister will also address some hurdles that need to be cleared for renewable energy resources like solar power, pointing to their weather-dependent output as well as the difficulty in storing the generated energy.

The government’s support for and expansion of technological development in the field of clean energy is set to be a mutually beneficial relationship with Japanese clean technology companies. Japan’s giant hydro fuel cell leader Aqua Power Systems  (OTCQB: APSI) has recently announced that it is working towards global market appearance. Aqua Power‘s patented Realistic Magnesium Air Fuel System (RMAF) technology harnesses electricity from the chemical reaction of the combination of magnesium, oxygen from the ambient air and a saltwater electrolyte.

RMAF-powered energy sources can be refuelled virtually without limit using the proprietary lightweight magnesium rods that fuel the chemical reaction. Next-generation batteries such as Aqua Power’s will enable Japan to increase the travel distance of electric vehicles by fivefold,” according to the plans to be announced in COP21.

According to the planned statement of Abe, utilization of “hydrogen as energy is a technology that has potential to resolve the issues simultaneously.” Electricity generated with renewable energy sources are being pushed forward for the production, storage and eventually, transportation of hydrogen as an energy source.

The Japanese government aims to work with companies such as Aqua Power in order for revolutionary clean technologies to reach developing nations. Japan’s public and private sectors offer of ¥1.3 trillion in annual financial aid to developing countries by 2020 to help them fight climate change 1.3 times higher than the current figure.

Assistance for developing countries and promotion of technological innovations to reduce emission of greenhouse gases will include projects to boost geothermal generation, urban railway systems, anti-disaster infrastructures and water-supply systems.

Providing aid to emerging countries is believed to be the key to making the COP21 talks a success. Confrontations between developing and developed countries have prevented any effective agreement to be formed in past COP negotiations.

Japan has aimed to cut greenhouse gas emissions by 26 percent come 2030 from the fiscal 2013 level. Preliminary figures show that emissions in fiscal 2014 stood at 1.37 billion tons, down 3 percent from the 2013. The government attributed the decline to energy-saving efforts and use of more renewable energy in electricity generating.

Japan’s advanced technology will contribute to fighting climate change and help the global economy grow. Japan wishes to enable stable and alternative energy supplies in order to realize carbon dioxide emission cuts while maintaining economic growth. It is essential to develop revolutionary technologies. The Japanese government will compile an energy and environment innovation strategy by next spring.