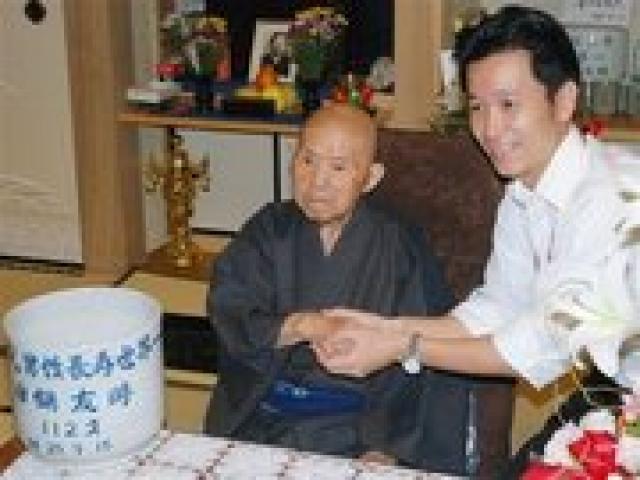 The world’s oldest man celebrated his 113th birthday Thursday in southern Japan, telling reporters he wants to live another five years , and he said he wanted to live "for infinity.". Tomoji Tanabe, who was born Sept. 18, 1895, received birthday gifts, flowers and $1,000 cash from the mayor of his hometown of Miyakonojo, on Japan’s southern island of Kyushu. He lives with his son and daughter-in-law.he rises early and reads the newspaper each day, drinks milk every afternoon and eats regular meals. He also avoids alcohol and does not smoke.

On Tuesday he woke up early in the morning to eat breakfast before walking out to meet the mayor and members of the press at his home, Yokoyama said. The cash gift he received is given annually to the city’s oldest resident.Japan has one of the world’s longest life expectancies, nearly 86 years for women and 79 years for men, which is often attributed to the country’s healthy diet rich in fish and rice.