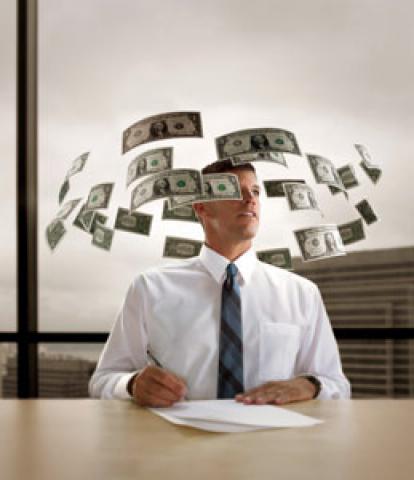 Forbes recently released its annual list of the world’s top 10 wealthiest CEOs. The list comes at a time when the world economy is facing one of the worst recessions. A financial crisis which has left no economy, industry or vertical untouched. Be it IT, banking and finance, hospitality, travel or manufacturing, all are under strain.

Little surprising then that the Forbes rich list too exhibits recession pangs. Though the representation from the technology industry on the list remained static at four, all tech honchos saw a sharp drop in their holdings from the past year.

One big omission in this year’s list is Wipro’s chief Azim Premji. The economic tremors in BFSI industry and the US, the company’s biggest customers and market respectively have hammered its stock badly and retarded revenue growth.

However, Premji’s exit paved way for another Desi CEO, Sunil Mittal of Bharti Group. Here are the wealthiest tech CEOs from the list.

Topping the list from technology industry is Lawrence Joseph Ellison, co-founder and CEO of Oracle Corp. Ellision takes the second spot on the list of World’s 10 Wealthiest CEOs with the value of stake amounting to $19.7 billion.

Software titan Ellison lost an estimated $5.3 billion on paper, according to Forbes. So far, Oracle seems to be weathering slowdown better than most, falling just 15 per cent in the past 12 months and growing its revenues by 10 per cent in the six months ended November 30, 2008.

Last year Ellison topped the list of highest-paid tech CEO with his annual compensation package amounting to $192.92 million. Ellison co-founded Oracle in 1977. Two years younger to arch rival Microsoft corp, Oracle went public a day before Microsoft in 1986. In the past few years, Oracle has spent $19 billion buying 21 software companies, including PeopleSoft for $11 billion and Siebel Systems for $5.9 billion.

A licensed pilot, Ellison is said to own several unusual aircrafts. He has also been honoured by many awards, including Entrepreneur of the Year from the Harvard School of Business.

With a stake vale of $9 billion Anil is at sixth position on the overall World’s Wealthiest CEO list. The deepening economic crisis and consequent fall in revenues has decimated Anil’s stake holdings. Reliance Communications, his biggest holding, is down 78 per cent since the beginning of 2008.

Anil also topped the list of ‘Billionaire Blowups of 2008’ by virtue of turning the biggest loser of wealth in less than a year of being touted as the biggest gainer in the world.

Besides ranking him as sixth richest person in the world with a net worth of $42 billion, Forbes had credited him for having added maximum wealth in its last annual rankings in March. Since then, his net worth has declined to $12 billion, Forbes said.

A bachelor of Arts/Science graduate from University of Bombay, he later did MBA from the university of Pennsylvania Wharton School.

At the 7th position on World’s Wealthiest CEO list is Microsoft CEO Steven A Ballmer who shares the spot with Al Ghurair, head of largest bank in Arab world.

Ballmer became the CEO of Microsoft Corporation in 2000, replacing Bill Gates. His value of financial stake is amounted at $7 billion.

Microsoft has been struggling in its Internet search and advertising business where it is facing tough competition from Google. Recently, the company announced lackluster second-quarter results and its plans to slash up to 5,000 jobs.

Incidentally, Ballmer is the first person to have become a billionaire in US-based on stock options received as an employee of a corporation which was not founded by him.

A classmate and friend of founder Bill Gates, Ballmer joined Microsoft in 1980 and was the first business manager hired by Gates. During the past 30 years, Ballmer has headed several Microsoft divisions, including operations, operating systems development and sales and support.

Described as ebullient, focused, funny, passionate, sincere, hard-charging and dynamic, Ballmer has infused Microsoft with his own brand of energetic leadership, vision and spirit over the years as different from the course that was followed by Gates

Mittal, who heads India’s largest mobile phone operator, has stake value amounting to $6.9 billion. 51-year-old Mittal founded the company in 1995, along with his two brothers. Airtel today has a customer base of over 88 million subscribers. According to Forbes, he owns a dominant stake in Bharti Airtel, which in value terms has gone down by 30 per cent over the past year.

The son of a politician, Mittal has taken competition head on: Bharti Airtel has held on to its top spot despite formidable rivals in Reliance Communications Ltd and Vodafone Essar.

Bharti also competes against Reliance Industries, the Aditya Birla Group, Tata and others in the $350 billion retail industry, and a host of foreign and local firms in the financial services sector.

Interestingly, the number 23 has special significance for Mittal, and features on the licence plates of his cars, in his phone number and is often a preferred date for meetings and big announcements.