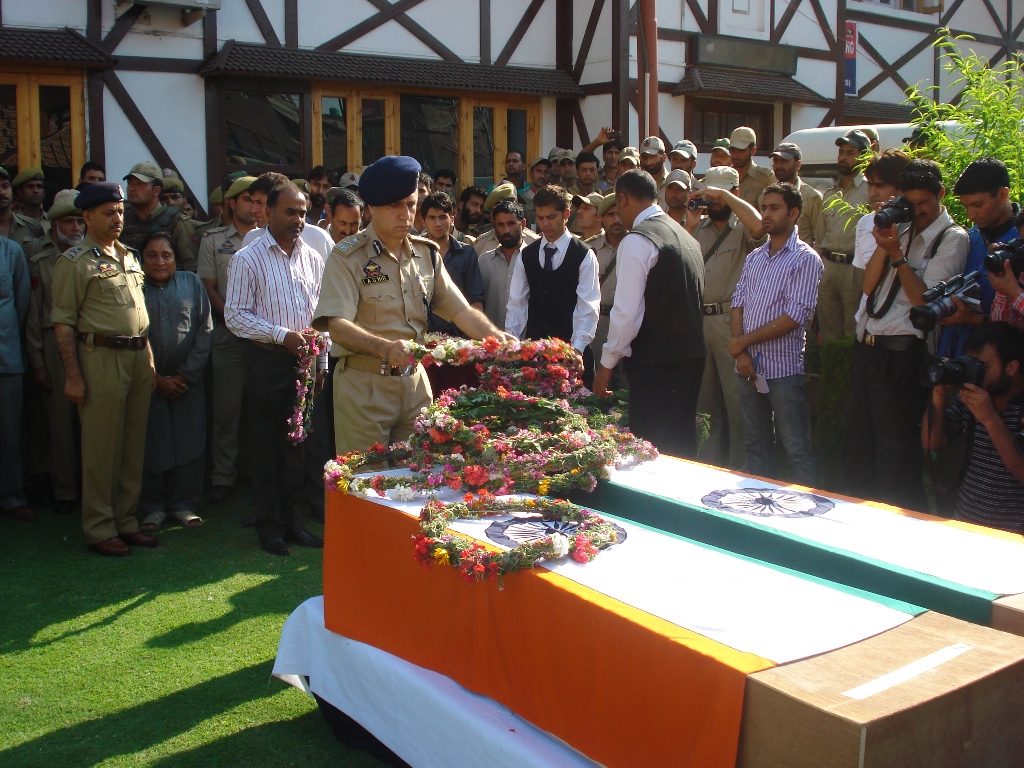 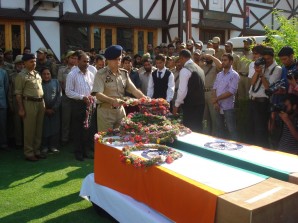 It may be mentioned that two policemen were martyred and a girl got injured when militants opened fire in Hari Singh High Street, in the jurisdiction of Police station Shaheed-Ganj, Srinagar this afternoon.

Two police personnel HC Mohammad Maqbool Mir, number 971/S son of Ghulam Ahmad Mir resident of Gondipora, Pulwama, Sgct Nazir Ahmad Hajam number 1405/S son of Ali Mohammad resident of Shurath, Kulgam and a girl Ishrat daughter of Ali Mohammad Magrey resident of Ganderbal were injured. All the injured were shifted to hospital where both the police men were declared dead. The injured girl is being treated at the hospital.