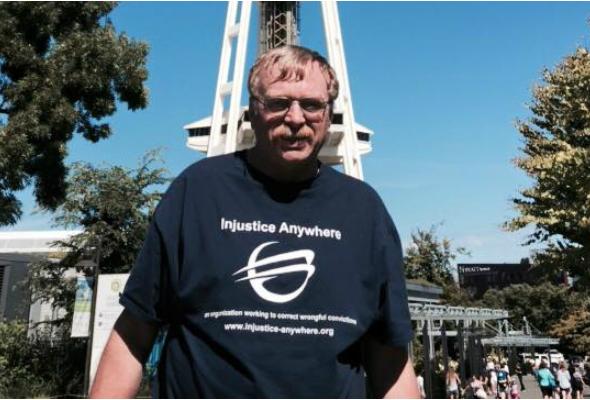 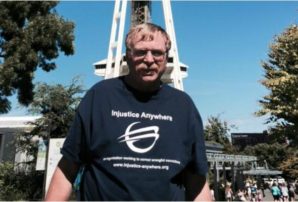 The wrongful conviction community has been left in shock with the news of Joseph W Bishop’s passing. Joe was a staunch advocate for the wrongfully convicted. He worked tirelessly to bring people together to help spread the word about causes he cared deeply about. He traveled the world to attend court hearings, conferences, congressional hearings, and various fundraisers, all in support of those he advocated for. His relentless dedication was an inspiration to all he came in contact with.

Joe lived a productive life. He worked as an engineer specializing in control systems for electric power plants. His job provided him with the opportunity to travel the world, which was something he loved to do. He visited nearly 70 countries in his lifetime, which is quite an amazing accomplishment. In retrospect, it’s wonderful to know that Joe came in contact with so many people throughout his life. He loved talking to people and was always eager to start a conversation. He was blessed with an engaging charm, giving a sense of comfort and happiness to those in his presence. He would talk to you in a crowded room as if you were the only other person there.

Joe was a graduate of Dartmouth College, where he played rugby. He cherished the fact that he was a Dartmouth graduate. He often spoke well of his alma mater and occasionally wrote articles highlighting newsworthy events involving the school.

Joe was proud of his heritage and spoke often of his family’s place in history. Joe revered his father, Joseph W. Bishop, Jr., Yale law professor and author. Joe’s father defended the Army against Senator McCarthy’s charges that the Army was shielding communists within its ranks. One could say that Joe was following in his father’s footsteps by taking on the fight against modern day witch hunts. And here’s an intriguing piece of Bishop family history: both father and son are descended from one Bridget Bishop, the first person hanged as a witch as the result of the Salem witch trials.

Joe’s advocacy efforts were a sight to behold. He was relentless in his pursuit of the truth. His ability to properly research a topic was unmatched, and once he had the facts of a case at his disposal, all who disagreed with him were sure to be taken to school. His approach was stern but fair. He was one of few I have seen who could politely put someone in their place in the often unruly world of online comment sections.

Joe played a key role in the advocacy efforts to exonerate Amanda Knox and Raffaele Sollecito for the murder of Meredith Kercher in Perugia, Italy, in 2007. He was one of the early supporters to surface online shortly after Knox and Sollecito were arrested. Armed with the truth, Joe went on a mission to set the record straight. As the years went on, he played a pivotal role in introducing new supporters into an ever-growing online grassroots campaign which came together in support of Knox and Sollecito. His efforts worked to build lasting bonds throughout the innocence community. 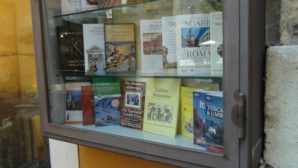 “Monster of Perugia” on display in Perugia, Italy

In 2011, Joe traveled to Italy to attend court hearings for Knox and Sollecito. Before his trip, he decided to have 50 copies of Mark Waterbury’s book “The Monster of Perugia” translated into Italian so he could distribute them in Perugia. In a bold move, he somehow managed to get a copy of the book put on display in a Perugia bookstore.

Rumors and accusations have circulated on the internet over the years claiming that millions of dollars were spent on a public relations campaign for Knox and Sollecito. These rumors were all nonsense of course. The truth is, strangers from around the world came together to help a cause they believed in. The sheer determination and resolve of people like Joseph Bishop made it all possible. I can say that I am proud to have played a role in the effort and I am grateful to have had the opportunity to work with Joe and many others to win a battle we so desperately wanted to win. Thankfully, the Italian Supreme Court got it right with their final ruling. We were all ecstatic when Knox and Sollecito were exonerated in March of 2015.

Joe’s work on the Knox and Sollecito case led him to take on a daunting task. Joe was a big fan of Wikipedia, but he was disturbed to see the Wikipedia page dedicated to the Meredith Kercher murder being hijacked by Knox and Sollecito detractors. He wrote about his concerns in an article titled: “The Amanda Knox Case: A Rare Failure at Wikipedia.” Joe put together an open letter to Wikipedia’s founder, Jimbo Wales, and much to the surprise of many, he got a response. And it wasn’t just any response, it was a game changer. Joe’s efforts inspired Wales to get personally involved with the Meredith Kercher page. Wales challenged Wikipedia editors to clean up their mess, and as a result, the page was improved greatly.

Joe’s interest in the Knox and Sollecito case also led him to seek out other cases of injustice. Soon thereafter, Joe became a strong advocate for both David Camm, and Kirstin Lobato. Camm was wrongfully convicted for the murder of his wife and two children in Indiana. He was acquitted and released in 2013, after spending 13 years in prison as an innocent man. Unfortunately, Lobato’s case has not yet been corrected. She continues to fight for her freedom in Las Vegas, Nevada.

Kirstin “Blaise” Lobato was convicted in 2006 of voluntary manslaughter and sexual penetration of a corpse. There is absolutely no evidence implicating her to the crime and she has a rock solid alibi. The authorities failed to properly investigate the crime. Their negligence led to a wrongful conviction. The facts clearly show that Lobato is innocent.

Joe wrote two informative articles on the Lobato case for GroundReport. He presented the facts of the case in an article titled: “The Kirstin Lobato Case: An American Miscarriage of Justice.” He then wrote a follow-up article titled: “The Nevada Supreme Court Again Hears Arguments in the Case of Kirstin Lobato.”  You can read all of Joe’s articles on his GroundReport profile page. You can also visit justice4kirstin.com and injusticeanywhere.org for more information about Lobato’s case.

There is no doubt that Joe’s focus in 2016 would have been to continue the fight to free Kirstin Lobato. Injustice Anywhere has set up a Rally.org fundraiser to honor his memory. Please consider making a donation in support of Lobato’s freedom. All of us who have advocated with Joe know how much this cause meant to him. Please help us continue the fight. All donations will go directly to the Kirstin Lobato Defense Fund in Joe’s name.

Kirstin Lobato is an Injustice Anywhere featured case. Joe was a proud member of the Injustice Anywhere Advisory Board, and Kirstin’s case is one which bothered him greatly. We have no doubt that he would be thrilled to know that people are now coming together in his honor to support Lobato’s fight for freedom.

Joe’s contributions to the world went far beyond his ability to advocate. Joe was a genuinely kind man who was respectful to everyone he met. He had a great sense of humor and was fun to be around. His friends have gathered in recent days on Facebook to reminisce about their late friend. I would like to share a few of those comments here:

“Joe, you were a man of honor, integrity, determination, and commitment. While we did not always agree, I never failed to admire your doggedness in supporting noble causes and helping those in need. I truly wish we could have met in person. Joseph W Bishop, you will never be forgotten!”  – Michael Smith

“Joe was so much more than his stories or the cases he championed. He was a genuinely warm man who enjoyed people, traveling, and a good beer every now and then. He was someone who cared about you and what you had to say. The IA community may have lost a wonderful advocate, but the world has lost a good soul. I will miss him immensely. His legacy lives on.” – Dopre

“I am so glad that Joe lived to see Amanda and Raffaele acquitted. It meant so much to him to see the two finally receive justice. He was a tireless and dedicated fighter for them. Requiascat in pace, Joe.” – Stacy Morgan

“One of the kindest people I know, a fellow researcher whose help was a cornerstone for the rest of us.”  – Karen Pruett

I have been moved by the heartfelt comments pouring in on Facebook. Joe was truly loved by many. There is also an outstanding Eulogy for Joe on the Amanda Knox: Auguries of Innocence blog. Please take a moment to read it.

Injustice Anywhere is grateful to have had Joseph Bishop on our team. We have not only lost a dedicated advocate, we have also lost a great friend. Joseph Bishop will be missed by many.

Rest in peace, Joe. I will forever be honored to know that you considered me your friend.