New York continues to be ranked one of the worst places for businesses in the US. However, that’s not the reason why WYNIT Distribution, LLC decided to shift bases from North Syracuse, New York to Greenville, South Carolina says a senior company employee.

New York continues to be ranked one of the worst places for businesses in the US. However, that’s not the reason why WYNIT Distribution decided to shift bases from North Syracuse, New York to Greenville, South Carolina says a senior company employee. 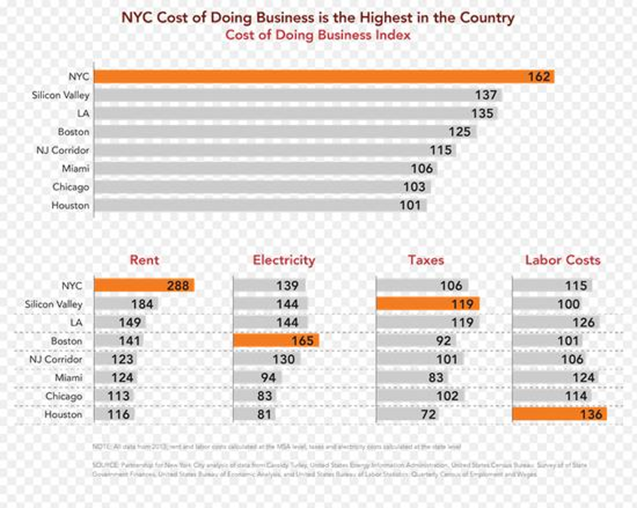 The company’s CEO, Pete Richichi said that the move was finalized because authorities in South Carolina offered WYNIT monetary incentives for the shift. He further added that Greenville already has a developed logistics industry and a supply of experienced workers, which turned out to be the most important reason behind this decision. WYNIT has decided to shift the company headquarters to Greenville along with a total of 68 jobs for administrators and executives. The company also plans to relocate 30 staff members from Minneapolis to Greenville.

Richichi further clarified that distribution is a low-margin business and thus they are forced to monitor closely and cut back on their expenses. He said that even though WYNIT was offered an incentive package by South Carolina officials, it was not enough to seal the deal. Adding to that, he said that their decision to move was brought on by the company’s expansion plans and had little to do with the business environment in the state of New York.

The CEO added that Greenville is not only conveniently located between Charlotte and Atlanta but also houses 50 logistic companies including two of their biggest competitor firms SYNNEX Corp (SNX) and ScanSource Inc (SCSC). This invariably means that there is a lot of local talent, experienced in the field, which WYNIT can utilize to fuel their growth. He said that this move was more related to administration than anything else.

WYNIT is not into manufacturing. Their business involves buying and then selling to retailers across North America. They deal with various products such as printers, consumer electronics, security equipment, outdoor products, and adventure gears. Some of WYNIT’s biggest clients include Apple (AAPL), Walmart, Target (TGT), and Best Buy (BBY). The company was founded back in 1987 by Geoffrey Lewis, who was previously a copy machine salesman. Headquartered at 5801E Taft Road, a location in Cicero near North Syracuse, WYNIT has distribution offices in Memphis, Reno, and in Mississauga, Ontario. The company currently has 36 employees located in Greenville who are taking care of the marketing, digital printing, and security products departments.

According to Pete Richichi, 2014 marked crucial juncture in the company’s history when it went on to acquire the Minneapolis-based distribution division of Speed Commerce, Navarre Distribution for $15million. This procurement supplemented WYNIT’s revenues by a margin of $400million per year, bringing the total figure up to a billion dollars.

Pete also added that due to the surge in revenue, the company was compelled to think about scalability and find out locations that best suited their plans to grow. He further stated that factors such as the number of people living in the region after graduation reflected the local talent pool. That and the overall quality of life of the location were the primary determining factor when choosing the best region for the move from New York.

He states that the company is not rooting out their operations in Central New York. Even though, the company’s administrative and executive employees shifting to the new location, WYNIT is currently not moving their sales team of 42 staff members. These sales employees will continue work from the East Taft Road office, till the summer of 2018, that’s when the lease for that office expires. These sales employees will be relocated to a smaller office in Syracuse. 68 people whose jobs are being relocated have all been offered the opportunity to shift to South Carolina and retain their positions when the company moves in 2016. Pete said that he expected a lot of them would accept this opportunity and relocate with the company.

The marketing and communications manager with the South Carolina Department of Commerce, Adrienne Fairwell said that WYNIT will be given a tax break of $1,500 per year for every job it generates in Greenville. This means the company is going to earn around $735,000 in the form of credits in a span of 5 years for bringing in a total of 98 jobs.

Apart from that, WYNIT will also be enjoying additional credits for job development. Fairwell confirmed that under this tax credit scheme the company will receive rebates for every new hire for a period of 10 years. This rebate will not be given to the employees and will go directly to the company. Fairwell said that she could not confirm the approximate value of this rebate as it will be dependent on the employees’ salary.

WYNIT CEO, Pete Richichi said that they did not request the officials in New York for tax benefits to negotiate their stay in North Syracuse.