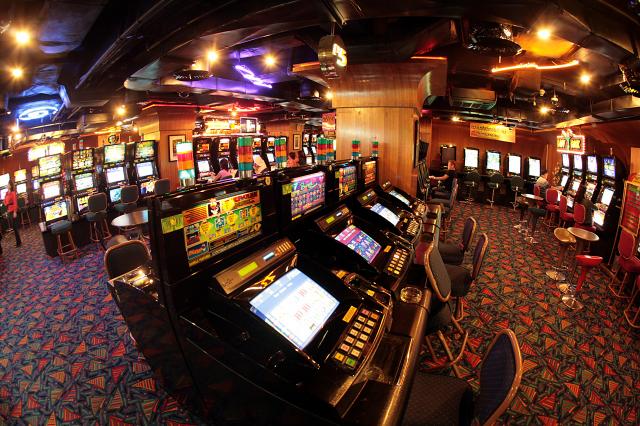 While the greedy and those now no longer getting funds from PAGCOR seem to be the loudest voices over the charges made by the Freeh report vs. a Pachinco king from Japan and Las Vegas gaming magnet Steve Wynn. Meant to be a corporate battle, Wynn accused Okada of spending more than $110000 to curry favor with Pagcor chairman Cristino Naguiat, Jr.

Las Vegas insiders say Wynn doesn’t really want to hurt Nguiat. And if comps are an issue, then looking at long list of gifts given by Wynn over the years to keep the past administration happy in Las Vegas and make whatever he could over the Manny Pacquiao fights, he knows the ‘gaming power’ of Filipino’s and Fil-Ams.

I covered two PACMAN fights in Vegas and comps kept flowing at Wynn for those from Manila then. So if there’s a problem with the Pachinco king’s gift – which on record was returned – Louis Freeh’s firms report seems to have not looked into Wynn resorts’ own gift-giving to curry to favor, and that on US soil.

This, while Okada raised concerns over $134 million dollar grant to Macao University. In the old days of Macao, sources familiar with gaming ways in China said the surest, cleanest way to curry favor with local officials in Macao was through grants to foundations and universities.

Now those same officials, often had on their boards of directors, family members who received large payouts in terms of ‘speaking fees or honorariums’ for sitting on the various positions in those organizations or foundations. This is something Okada raised. Suddenly, Steve Wynn hit him over the head over the issue of $1,800 handbag – remember that on record was returned even before the PAGCOR group left the hotel.

As to the issue of accommodations if one looks at the free rooms and meals:

(c) “Gift” refers to a thing or a right to dispose of gratuitously, or any act or liberality, in favor of another who accepts it, and shall include a simulated sale or an ostensibly onerous disposition thereof. It shall not include an unsolicited gift of nominal or insignificant value not given in anticipation of, or in exchange for, a favor from a public official or employee.

(d) “Receiving any gift” includes the act of accepting directly or indirectly, a gift from a person other than a member of his family or relative as defined in this Act, even on the occasion of a family celebration or national festivity like Christmas, if the value of the gift is neither nominal nor insignificant, or the gift is given in anticipation of, or in exchange for, a favor.

BUT PAGCOR officials, while government appointees, have the ultimate carte blanche: under the law in terms of conduct or discretionary powers to act in benefit of government:

“(h) to enter into, make, conclude, perform, and carry out contracts of every kind and nature and for any lawful purpose which are necessary, appropriate, proper or incidental to any business or purpose of the PAGCOR, including but not limited to investment agreements, joint venture agreements, management agreements, agency agreements, whether as principal or as an agent, manpower supply agreements, or any other similar agreements or arrangements with any person, firm, association or corporation.”

PAGCOR issues are by and large centered on a single handbag – while in Wynn’s case, he’s now facing a probe to seek information if indeed his grants and art purchases somehow found their way into the ‘fees’ paid to officials who also sit on the University board.

PAGCOR has a cleaner record than Steve Wynn.

“PAGCOR, in cooperation with the Department of Education (DepED), has allocated a P1 billion funding for the construction of 1,000 classrooms nationwide in 2011″ on education grants in the Philippines.”

Wynn’s banked everything ni China gaming and putting his stake in the PRC investor side of things. But Wynn is basically also working with others in Macao to torpedo the Philippines gaming city destination plans for Manila.

Wynn backed newspapers in Macao. For example, played up the tragic Manila bus hostage incident while rarely mentioning Triad crime in Macao, or even issues surrounding human rights in China or Tibet, or working conditions.

Steve Wynn may also lose out on future investments in the country even as Donald Trump and Paris Hilton jump into the rapidly rising condo markets of Manila and the Philippines.

Wynn is blind to much of what happens around him in China it seems and may be a also unaware the allegations he raised versus PAGCOR might have held sway in the past. But not this current PAGCOR leadership.

STATEMENT OF PHILIPPINE CHAMBER OF COMMERCE AND INDUSTRY:

The Philippine Chamber of Commerce and Industry (PCCI) denounces in the strongest possible terms the irresponsible and unwarranted dragging of the Philippine Government in the private corporate squabble between Stephen Wynn and Kazuo Okada.

The sweeping characterization of the Philippines as a corrupt nation on the sole basis of the allegation that a gaming license was granted to Mr. Kazuo Okada for a period of twenty five years for the Entertainment City Project in exchange for favors supposedly received by PAGCOR officials, does not depict a fair and accurate picture of the country and how the PAGCOR Project was actually processed. The basis of such claims should be validated across the country and should reflect the real and actual conditions in the local level.

PCCI cited on-going reforms being implemented by the Aquino administration to ensure greater transparency and accountability and eliminate or reduce red tape and corruption. Among these are the implementation of the Philippine Business Registry by the Department of Trade and Industry (DTI), streamlining business process and licensing system (BPLS) by the DTI and the Department of the Interior and Local Government (DILG) – of which PCCI is also a part through its local chambers – greater transparency in bids and awards processes by the Department of Budget and Management, and various other reforms implemented by government line agencies.

PCCI further noted the improving perception of the country as a place to do business including positive feedback from various credit rating agencies such as Standard and Poor’s, Moody’s and Fitch’ Ratings.

PCCI President, Atty. Miguel B. Varela appealed to the parties involved to exercise utmost prudence, caution and good judgment in making further damaging statements as all these negatively impact on the Philippine nation in general and the gaming industry in particular.

Filed under: Business, US
Share Tweet Pin G Plus Email
previous article: T.J. Lane not a potential Gunman
next article: How Useful are Pet Supplies in Enhancing Lifestyle of your Pets