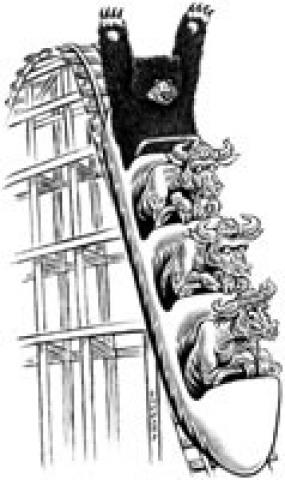 Wow, i just picked Yahoo Inc. right before Microsoft announced its whopping $45 billion hostile takeover bid to outdo Google’s leadership in the Internet Search business – Well, I picked it on MSN Caps and that’s close enough for me.  Because I like to get my feet wet before I dive in into the stock markets myself.

And MSN Caps is a great place to start, giving you a real-time feel for trading, especially for novices like me.

So far, I’ve picked the downtrend in Google, that’s gona come out of this deal, but Microsoft’s stocks have gone down – that is against my forecast.

Another good timely pick was Motorola, which just announced that they’ d like to shift out of their handset business. Personally, I think they make the best handsets, but then again – so does Blackberry and Nokia and who’d compete with the ultimate iPhone man – Steve Jobs. Renegade investor Carl Icahn seems to have won this round after attempting numerous times to win a seat on the Motorola board.

Even with the economy down, there’s still plenty of money to made in the stocks – the financials did well Thursday to bring the markets back to a rebound. Tech, metals and energy stocks are also possible candidates for winners. "Mad" Cramer likes "coal train" stocks like CSX, as he feels that railroads are an inevitable part of transporting coal to fuels as we drift away from utilizing fossil fuels.

Filed under: Business, US
Share Tweet Pin G Plus Email
previous article: Scientology: Religion or cult?
next article: Pakistan to progress unhindered by concerns from any quarters