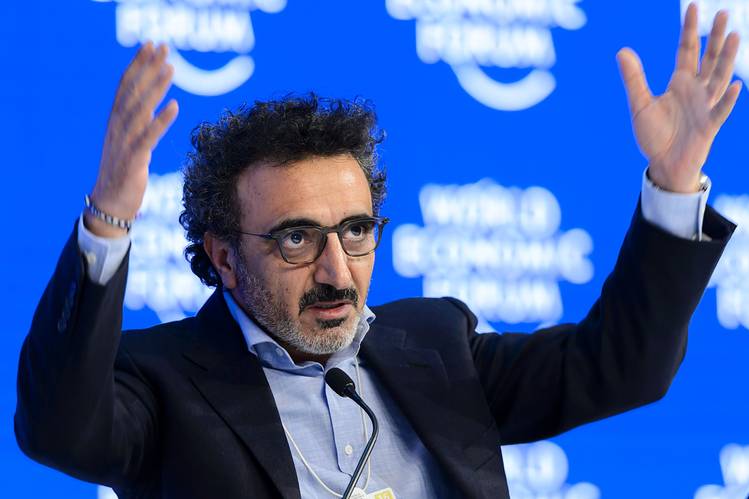 It is quite common to see business owners talking about their experiences, amazing marketing strategies and the use of modern technology to be the cause of their business growth. Of course, modern technology and internet together have allowed even the smallest of businesses to market their products and services globally. But that’s not the full story. It’s quite unfair at times when employees are not given their due credit for bringing a company up on its feet and then sky high. How could a company ever become big if its employees are not given their 100$?

It’s easy to give credit to internet marketing, roller banners, flyers and the beautified channel letters on the business building, but it takes a big heart to do something as unbelievable and out of the world as the CEO of a yogurt making company has done. The name of this amazing person is Hamdi Ulukaya. He’s the CEO of a company that makes yogurt and sells them in small plastic buckets. Just recently his company has achieved a huge milestone in selling its products and there were 2000 employees that made it possible. Hamdi has thought of a great way to give back to these employees.

He has done it by giving ownership of its company’s shares to its employees. As mentioned above, there will be 2000 employees who will receive this generous gift from their CEO. The ownership will be given for 10% shares. Here, you are looking at a company that has literally sold yogurt that was worth over $1.6 billion. The company’s worth has also gone up by huge margins. Presently, the value of his company is somewhere close to $5 billion. If the company’s value is calculated at $3 billion, the award being given to the employees could be $150,000 for every single employee.

There is also a possibility that the company could become a public company. In the case of the sale of the company, employees could be getting a reward that is worth around $1 million. Hamdi even shared his gratitude for making such unbelievable sales on Twitter. In his tweet he clearly said that what his company achieved was due to the great efforts of his employees. His words are coming from his heart and they are big. He said that the people who helped his company become such a huge company are now going to be his partners.

He also said that he did not believe what he was doing was a great thing or a huge gift for his employees. He said it was actually a way for him to make his employees feel more responsible for achieving the same goals and targets. He said that by sharing the responsibility he believes that they can make this company what he has always dreamed of. He further stated that now that everyone working for the company is responsible as a partner in the company, it will do even better in making the product more valuable for the customers.

Hillary Clinton also gave kudos to the CEO for doing such a great thing for his employees. Ulukaya is a Turkish born whose efforts started in USA in 2005 when he bought a small plant for making yogurt. At the time when he started working on the plant he had only 5 employees working for the company. There is no doubt that Ulukaya is a great person because before he even got famous around the world for his wealth, he has already taken the steps to share half of what he has earned as giveaway like Bill Gates and Warren Buffet.

TPG Capital is another partner in the company with its 20% stakes in the growing company. This particular company seems to have also played a role in bailing out a huge $750 million loan that Chobani had on it. Now that 10% of the shares are being given to the employees, the calculation of shares for TPC Capital will be done from the remaining 90%. Ulukaya has been found talking to various media persons and entities about any discussions and talks of handing over the stakes to employees with TPC Capital and Ulukaya says that before he signed the deal he had already talked about giving away the stake to his staff.

Filed under: Business, Enterpeneurs
Share Tweet Pin G Plus Email
previous article: Ambassador Bloomfield Jr. Interview on the Iranian regime’s legitimacy in a modern world
next article: Apple is Considering Putting More Focus on Its Services Than Its iPhones