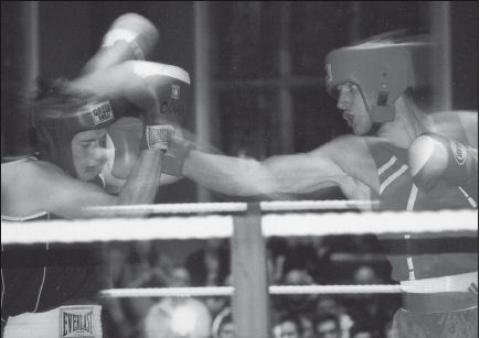 One of the country’s finest university boxing clubs has found its reputation and future in the balance after a series of incidents has left them out in the cold.
Coventry University Boxing Club, which was formed six years ago, has been dealt several cruel blows over the past year which has left many of its young members angry and unsatisfied.
The problems for this proud boxing club started back in September of 2007 and continued to worsen throughout the year. First year student, Ahmed Benissad, currently studying Business Studies at degree level, joined the club in fresher’s week.
“Boxing had always been an interest of mine. The CUBC was a chance for me to take it up at a competitive level and learn from one of the best coaches in the country.”
Boxers thrive on many things. Fitness, health, but most importantly, fighting. That’s no different for the young stars at Coventry University Boxing Club. Unfortunately for them, the university failed to pay their thirty five pound membership fee’s to BUSA on time. This was tragic news for the club, as it meant no boxers could enter the famous BUSA boxing championships, a championship which CUBC has such a proud history with including winning the event overall in 2003.
BUSA Boxing lightweight champion of 2005, Phil Hunter, was unable to defend his title in December because of the circumstances.
“It’s such a shame. I was looking forward to going back to the championships to defend my title. Knowing I will lose my title without fighting is painful. I feel like I have been stabbed in the back, something must be done to change this next year.”
More bad news was to follow for the boxing club. Without a BUSA membership, not only could nobody enter the biggest event in the university boxing calendar, but they were unable to participate in the only other event of the season. The British & Irish Universities and Hospitals Boxing Championships due to be commencing this month, is another prestigious tournament, which Coventry have performed well in the past. They walked away surprisingly with a gold and silver medal in 2004, a victory which coach Simon Ford was very pleased with.
“It shows the commitment the Club has given to representing the University in a responsible and professional manner, showing pride and determination in bringing more sporting success home to Coventry University!’”
The young boxers were clearly disturbed and angry that they were unable to represent their university at these two medal winning tournaments.
“When I payed my membership fee, I expected to be boxing in the BUSA championships in December. That didn’t happen”, described Ahmed Benissad in an angry tone. He continued, “When I found out that I wouldn’t be able to fight in the British & Irish Universities Boxing Championships in March, I was gutted.”
There are over sixty sports and society clubs within Coventry University, which range from familiar, popular sports like football and rugby, to extreme danger sports, like surfing and mountaineering. It seems that boxing fails to be seen as a key sport for the university, as other clubs such as Martial Arts seem to always have priority.
Not only has the boxing club lost its weekly slot on a Thursday evening in the gym, it has also been treated with a lack of dis-respect. Many of the clubs boxing sessions have been cancelled do to priority to other clubs.
The problems do not end there. Almost every time the club uses the gym for training, it is left in a mess and usually in a hazardous way. The boxers spend ten minutes of their valuable training time cleaning the room.
Coventry University Boxing Club has had its reputation and future put on the line. The many problems which have occurred have upset current and quite possibly potential students to the club. Needless to say, something must be done to prevent these problems occurring. The boxers at the club have no choice but to fight on and battle against these cruel blows.
The future of the club seems to be in doubt, but the ambitious boxers see a bright light at the end of the dark tunnel. Phil Hunter expresses his determination on behalf of the Coventry University Boxing Club.
“All I can do now, like everyone else here at the club, is to train hard and keep in shape and hope that next year, this problem will not occur again.”
Filed under: Sports
Share Tweet Pin G Plus Email
previous article: On the Long-awaited Cusp of a New Generation in Computing
next article: Watching Watching Watching