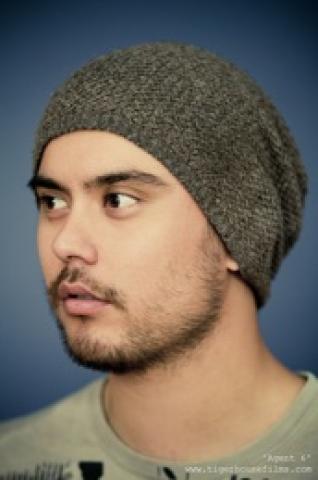 At the age of 24, filmmaker Jason Kent Carpenter of Hermosa Beach, California is making waves in Hollywood. He has achieved notable success since graduating from the LA Film School in December 2009. His debut film Dark Roads was selected as a top 100 short film at the Young Cuts international film festival and received a formal distribution deal– a significant achievement for a debut film.

Set in the 1970’s, Dark Roads tells the story of Paul Sansone (played by Calvin Weibe), a mob recruit who perilously falls in love with a Russian woman named Janie (played by Abigail McConnell) trafficked for the sex trade. The film debuted at Young Cuts and was also screened in LA and New York as an official selection at the Bel-Air & Williamsburg International film festivals. With a budget of approximately $70,000, Dark Roads employed professional stuntmen such as Eric Marche (known for work on big budget films such as Transformers), the special effects company Synapse FX, and armorers from ISS Prophouse who handled live ammunition from vintage handguns and a tommy gun.

Distributor Indie Media Entertainment (IME), one of the first independent film distributors to bring video-on-demand rentals to mobile devices like the iPhone, discovered Dark Roads in the marketplace at the Palm Springs film festival and licensed the film.

Motivated by his initial success, Jason launched his own production company known as Tiger House Films in early 2011. The company produced a commercial for the national brand Langers Juice, which is currently featured on Langers’ Facebook page.

“As a child, I went to the movies nearly every weekend at the old AMC in Hermosa, which used to be off of PCH and 16th street. I think subconsciously, the stories on the screen inspired me to take the path that lead to where I am now,” he said.

On the heels of the Langers commercial, Jason wrote and directed a new film entitled Agent 6, which is currently in post production and will hit festivals in 2011.

Readers interested in learning more may visit http://www.tigerhousefilms.com, or watch the Dark Roads preview trailer for free at http://darkroads.watchime.com. Viewers may also rent the film online for a period of 24 hours for $1.99.