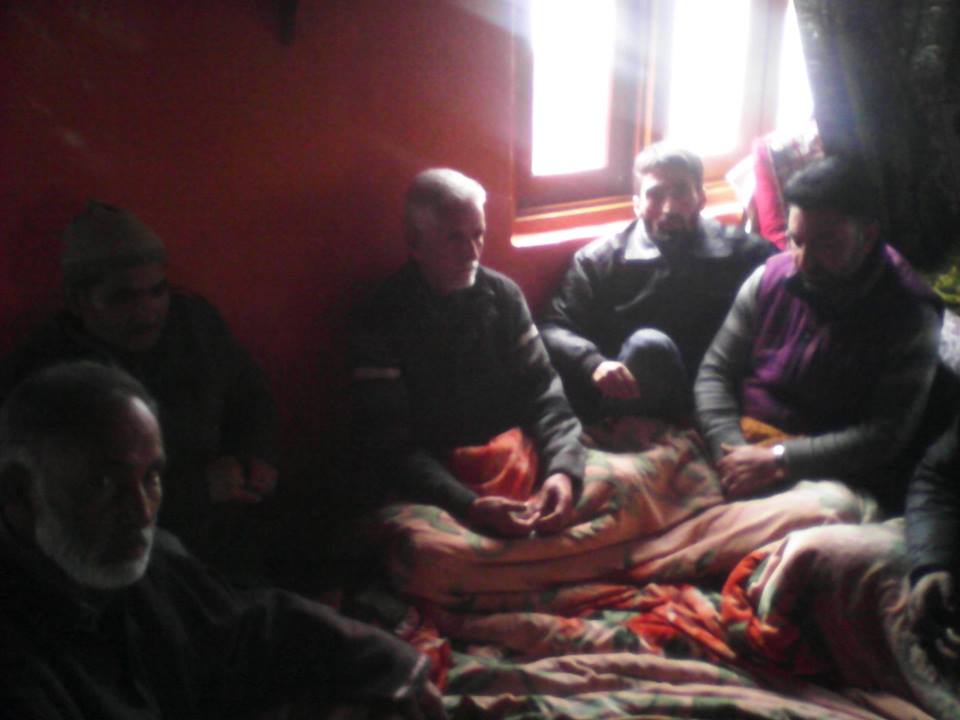 Srinagar, Nov 15: An important meeting of Young Man League was organized which was presided over by Nazir Ahmad Khan  in which important political issues were discussed.According to party press statement –

The meeting reaffirmed that in 1969 Young Men League was formed and its founders were Nazir Ahmad Wani and Martyr S.Hamaid like icons and in 1974 Peoples League was born out of Young Men League for the larger interest of unity among pro-freedom camp.

The meet observed that personality cult and personnel interests have from since sometime dominates the Peoples League despite martyrdom of Sheikh Aziz, S Hamid Wani and other hundreds coming out of its fold, so it needs to be disbanded and Young Men League reignited. The meeting observed that People’s League present designates failed to fight for the basic cause other then busy in administration of the party. They said the exploitation
in People League forces us to reignite the Youngmen’s League.

The following posts were decided in unison in the Meet

Zahid Rather – Representative to Pakistan and Vice Chairman

Abdul A had Qadri- Publicity in charge

On the occasion, Chief Patron lambasted authorities for converting Kashmir into military garrison and called upon nation of Kashmir for raising voices against atrocities.