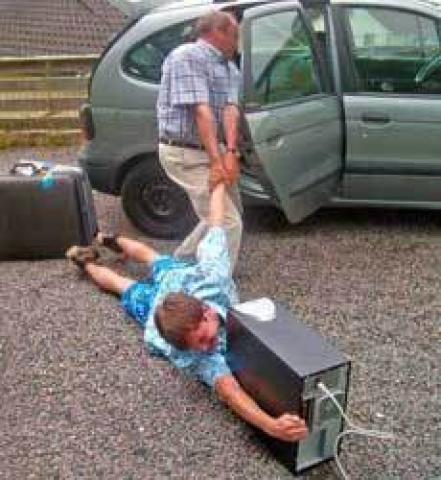 A GROWING number of young Australians are becoming addicted to online social networking, according to a new study.

Naked Communications digital strategist and recent Monash University graduate, Julian Cole, uncovered the trend as part of his research into the use of social networking sites such as Facebook and MySpace.

"For many moderate to heavy users, checking their MySpace or Facebook account has become an automatic and compulsive behaviour, with some participants reporting they log on up to 20 times a day," Mr Cole said.

He found many openly admitted to their addiction and some even contributed to online confession groups.

"It’s very bizarre. With a lot of other addictions people tend to hide it, but because it’s such a common thing it’s not hidden and people talk about it more," Mr Cole said.

He believed one of the key reasons behind the addictive nature of social networking was its "sticky nature".

"The thing that makes social networking so sticky is that there are so many paths you can take. You’ll be on one friend’s profile and then you click on their friends, and their friend’s friends. It’s never ending."

According to Mr Cole, warning signs of possible social networking addiction included frequently visiting the site for longer than intended, experiencing negative psychological or physical effects when the activity wasn’t available, and scheduling other activities around online time.

"The point where it crosses over to an addiction is when people go there without a goal, it becomes part of their habit," Mr Cole said.

The study also revealed a divide between blue and white collar workers, with the later more likely to be addicted.

"The fact that they are in front of their computers means they are more likely to become addicted to these websites," he said.

He said typical addicts were more likely to be university students or people new to the workforce, people who had ready access to computers.

But Mr Cole said the benefits of online social networking outweighed the negatives.

"A lot of social relationships are now being maintained, and the ability to connect with people you may not have normally," he said.

His tips for ensuring people did not become addicted were planning the amount of time spent on online, and finding other ways of staying in touch with friends.

Mr Cole’s findings were based on an in-depth survey of 20 participants, chosen from a larger survey of 300 people.

Mr Cole had a word of warning for politicians, saying there was no place for them in MySpace or Facebook.

Political leaders should work with popular bloggers and online personalities to get their message across.

"They need to find the people with the largest voices, who are actually passionate about politics and feed information to them," Mr Cole said.