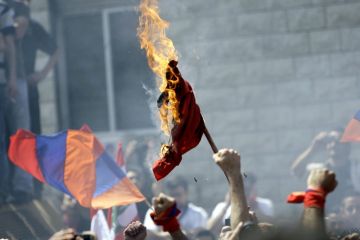 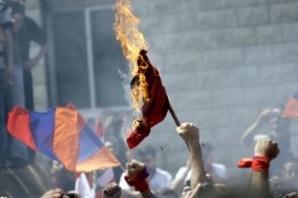 The following is a copy of a letter written by Rep. Adam Schiff of California to the Turkish people, dated April 9, 2014:

“An open letter to the Turkish people:

Today, I write to you on an issue of great importance to both our nations. It is on a subject that many of you, especially the younger generation, may know little about because it concerns a chapter of world history that your government has expended enormous efforts to conceal.

Turkey has been at the center of human civilization from Neolithic times to the present, and your arts, culture, and science have enriched the world. But interwoven with all of Turkey’s remarkable achievements is a dark chapter that too many of today’s Turks know little or nothing about.

Were you aware that your grandparents and great-grandparents had many Armenian neighbors and friends–that 20 percent of the population of today’s Istanbul was Armenian? Did you know that the Armenians were well integrated into Turkish society as celebrated intellects, artists, craftsmen, and community leaders? Have you ever wondered what happened to the Armenians? Have you ever asked your parents and grandparents how such a large, industrious, and prosperous people largely vanished from your midst? Do you know why your government goes to such lengths to conceal this part of your history?

Let me tell you a part of their story. The rest you must find out for yourselves.

Ninety-nine years ago this month, in the dying years of the Ottoman Empire, the Young Turk government launched a campaign of deportation, expropriation, starvation, and murder against the empire’s Armenian citizens.

Much of the Armenian population was forcibly removed to Syria, where many succumbed during brutal forced marches through the desert heat. Hundreds of thousands were massacred by Ottoman gendarmes, soldiers, and even their own neighbors.

By the time the slaughter ended in 1923, 1.5 million Armenians had been killed in what is now universally acknowledged as the first genocide of the 20th century. The survivors scattered throughout the Middle East and the wider world, with some making their way to the United States and to Los Angeles.

It is their grandchildren and great-grandchildren whom I represent as a Member of the U.S. Congress. Theirs is a vibrant community, many tens of thousands strong, with schools, churches, and businesses providing a daily link to their ancestral homeland. It is on their behalf that I urge you to begin anew a national conversation in Turkey about the events of 1915-1923.

As a young man or woman in Turkey, you might ask: What has this to do with me? Am I to blame for a crime committed long before I was born?

I would say this: yours is the moral responsibility to acknowledge the truth and to seek a reconciliation with the Armenian people that your parents and their parents could or would not. It is an obligation you have inherited and is one from which you must not shrink; for though we cannot choose our own history, we decide what to do about it, and you will be the ones to shape Turkey’s future.

At the end of World War II, Germany was a shattered nation–defeated in battle and exposed as history’s greatest war criminal–but in the decades since the end of the war, Germany has engaged in a prolonged effort to reconcile with the Jewish people, who were nearly exterminated by the Nazis during the Holocaust.

The German Government has prosecuted war criminals, returned expropriated property, allied itself with Israel, and made countless apologies to the victims and to the world. Most importantly, Germany has worked to expunge the cancer of the dehumanizing bigotry and hatred that gave rise to the Holocaust.

This path of reflection, reconciliation, and repentance must be Turkey’s path as well. It will not be easy. The questions will be painful and the answers difficult, sometimes unknowable.

One question stands out: How could a nation that ruled peaceably over a diverse, multicultural empire for centuries have turned on one of its own peoples with such ruthlessness that an entirely new word had to be invented to describe what took place? “Genocide.”

As in Judaism and Christianity, the concept of repentance–or tawba–is central to Islam. Next year will mark a century since the beginning of the genocide, and Armenians around the world will mourn their dead, contemplate the enormity of their loss, and ask: Why?

Answer them, please, with words of repentance.

Filed under: News, World
Share Tweet Pin G Plus Email
previous article: Fate sealed of 3 Sharmas, democrats rejoice every bit of polling, 64 percent turnout till 5 pm
next article: “The Ryan budget ends the Medicare guarantee as we know it, and it would turn Medicare, instead, into a privatized voucher program”, said Rep. Maffei