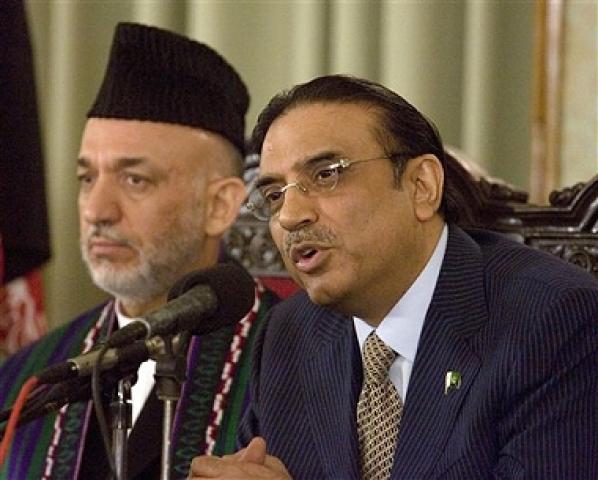 Islamabad: In a joint press conference here at Islamabad, along with Afghan president Hamid Karazi, the newly elected Pakistan president Mr. Asif Zardari, condemned the cross border attacks by the US forces, stationed at Afghanistan.
There have been reports of civilian causalities in Waziristan , Miram Shah, when these areas came under missile attacks by the US and NATO forces during this month and he also added that killing of innocent civilians in the name of war on terror would not be tolerated and these kind of incidents will put more obstacles.
There has come a meaningful increase in these attacks during the past few weeks but mostly children and women are killed, which has raised concerns among the people of Pakistan, politicians and the authorities.
Filed under: Politics, World
Share Tweet Pin G Plus Email
previous article: "Bangalore" – the IT Hub of India looses its Grace in Traffic
next article: Big Bang’ experiment to unravel mysteries of universe