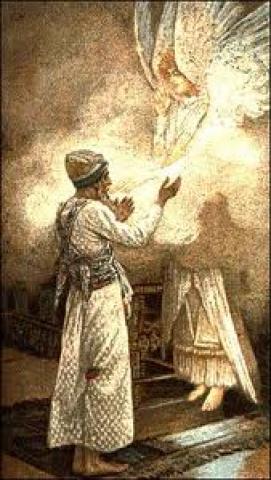 Zechariah Fortells The Crucifixion Of Christ

It is believed that the Prophet Zechariah’s prophetic writings in the Old Testament of the Bible are originated from as far back as 520 B.C., more than 500 years before Jesus was born and 553 years before His death, in 33 A.D. The name Zechariah means God has remembered.

The prophet and priest records In the Hebrew scriptures of his time and in his own hand, the following: ZECHARIAH: 12: VERSES 10

More than 550 years before the persecution and crucifixion and resurrection actually take place it was prophesied to the Hebrew nation.

The Apostle John relates to us at the time of Jesus crucifxion the fulfilment of Zechariah’s prophecy 553 years later the following:

JOHN: 19: 34 and 37, “But one of the soldiers with a spear pierced his side, and forth-with came there out blood and water.” “And again another scripture saith, They shall look upon him whom they pierced.” The pouring out of Christ’s blood and water from his wound, becomes our grace and supplication for the remission of our sins, when we become baptised in the blood of Jesus accepting Him as saviour and redeemer.

We also discover a reference given in ZECHARIAH: 13: 8-9 referring to both the “Rapture” and the Great Tribulation, as we read:

“And it shall come to pass, that in all the land, saith the Lord, two parts therein shall be cut off and die, but the third shall be left therein. And I will bring the third part through the fire and will refine them as silver is refined and will try them as gold is tried, they shall call on my name and I will hear them: I will say it is my people and they shall say the Lord is my God.”

We find recorded by the Apostle John in his Epistle the Book of Revelation, some 60 or more years after the death of Jesus, John reveals through this prophetic writing, that prior to the seven years of The Great Tribulation, Jesus will carry out the “Rapture” where one third of the world’s population will be caught up by Jesus and taken up to heaven. Some Christians today, seem to think, it is near at hand.

The prophecy by Zechariah mirrors the Prohecy by John yet both writers are more than 560 years apart in time.