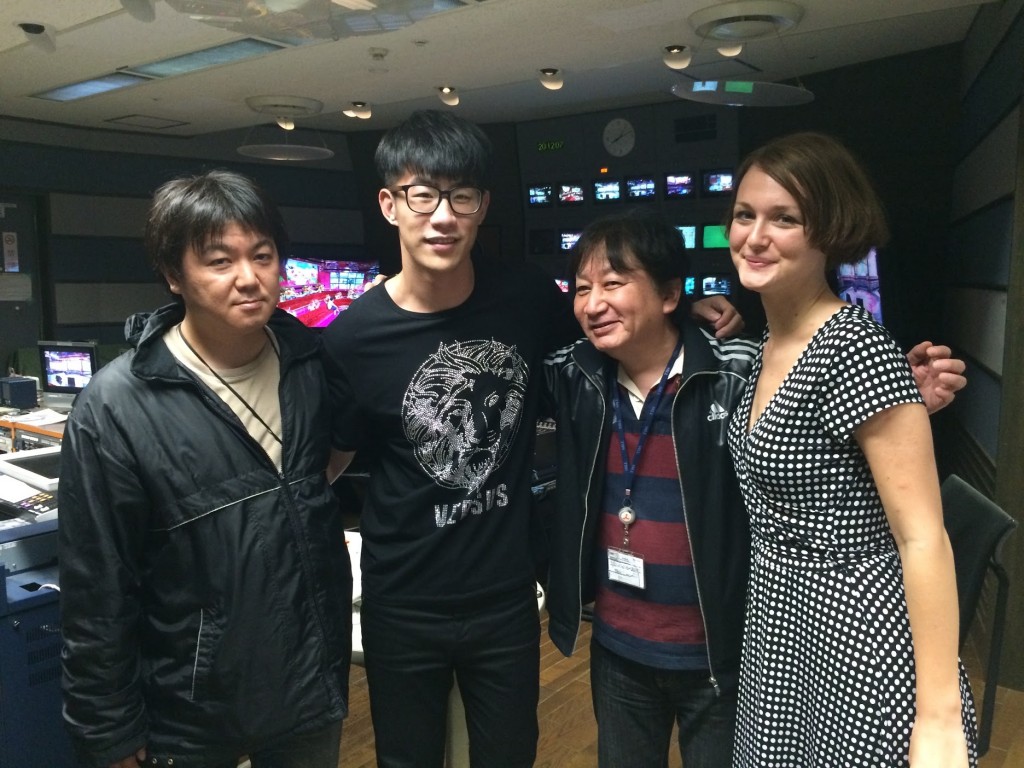 It’s always a good thing when people of different cultures and nationalities work together. When it comes to creative endeavors, the positive influences are exponential. Each group possesses its own strengths to contribute to the finished product. When the Tokyo Broadcasting Company (TBS) wanted to create a piece of art to celebrate their 60th anniversary and share it with Japan and its visitors, they decided on China’s Zheng Kang. Kang is the director/animator behind such award-winning films as: Lion Dance (Best Animation, Los Angeles Independent Film Festival Awards), Baby and Granny (Best Animation Short Film, London Monthly Film Festival), and multiple others. With screenings and awards for his productions around the globe, it was only a small matter of time before Japan joined the group making use of Zheng’s talent and vision. In spite of time constraints and some language barriers, Kang was able to deliver on his proposed creation “Selfie With Tokyo” to great praise. The production was created to be displayed in its home at the Akaska subway station in Tokyo as an inspiration to commuters and visitors to see the people and sights of Japan.

TBS Executive Producer and Vice President Norico Tanaka Wada selected Zheng Kang from a vast number of applicants to create a production for the company’s 60th anniversary. With a resume as impressive as Kang’s, it was obvious that he would come up with something visually striking. Zheng pitched an idea that would incorporate one of the most modern facets of everyday life into an animation film that would be displayed to the public. “Selfie With Tokyo” would exhibit a variety of people in Japan taking selfies in front of iconic locations in Tokyo. The images would incorporate people enjoying their time in the places that makes Japan so unique and beautiful, utilizing the ubiquitous practice of the selfie. People melded with historic locations while taking part in the most modern of practices; TBS was easily sold on the idea. The aforementioned EP/VP Norico Tanaka Wada states the reason for the selection stating, “Zheng Kang has an amazing set of creative skills: originality, technique, execution, discipline, and strong sense of responsibility, all of which are essential to being a professional director and animator. On top of this, he has a truly positive outlook and wonderful personality which make him an excellent team player in a collaborative.”

The concept of “From Tokyo/TBS to the World” was firmly understood but the imagery remained to be seen. With the desire to create a style that was very organic and authentic, Zheng began the most difficult part of the process…approaching strangers on the streets. He wanted the animation to look and feel exactly like the people of Japan. In order to do this, Kang used a technique called rotoscoping. In rotoscoping, events are filmed live and then animation is drawn on top of this. Because the animation is done on top of the images of real people, the individual characteristics and movements come out. The flow and feel of animation done via rotoscoping is drastically different from other animation forms. Zheng utilized this technique to the achievement of many awards and great notoriety in the film Lion Dance. This approach in “Selfie With Tokyo” meant that Kang would need to film actual people at the chosen locations. He explains, “I went out in Tokyo and I saw the sights; especially famous places where you can see so many different people. The idea for this animation was to show people from different cultures and countries immersed in Tokyo, taking selfies with Tokyo’s famous places. I wanted to use real-life performances to better sell this idea. I wanted people to feel this animation is happening in life, every day, everywhere. When I saw people who seemed right for the project, I approached them and introduced myself and the project to them. I asked if they would like to help. If they agreed, I simply handed them my camera and they recorded their selfie. I think it was the most challenging part during this project. I had to ask strangers to trust me and help me to achieve my goal. It was both uncomfortable and a lot of fun.” It’s a testament to how much Zheng loves animating that he regards talking to strangers as the hard part. The animation he created for “From Tokyo/TBS to the World” is beautiful, inspiring, and heartfelt. At a rate of 24 images animated to equal one second of film, it’s also quite work intensive. Professor Mike Patterson understands the enormous amount of work involved in a project like this. As the animator who created the rotoscoping in the iconic A-Ha video “Take On Me” Patterson respects and recognizes Kang’s talent declaring, “Zheng is a wonderful person who works well in a team and has the confidence and creative vision found at only the highest level. In terms of skills, animation directors need to “do it all”, meaning, they need to be good at everything: animation, visual design, technical skills, and creative collaboration. Zheng Kang has the whole package which is why he is so successful in the animation industry.”

Displaying his skills in yet another way, Zheng directed TBS’s in-house sound and composition teams to achieve the correct sound and score for the animation’s artistic and dramatic aspects. Using his communication skills to overcome obstacles in the pursuit of art, Kang tells, “The head of the sound design and composition team, Ito, is a very nice and talented professional. Though English is a second language for both of us, we can understand each other very well. As soon as I played him my reference music he understood and gave valuable suggestions to make the composition better. So we sat down in the recording and editing room, and I directed the sound and music that Ito and his team created. This was a microcosm of my entire experience on this project. People from different parts of the world, involved in creating something artistic to inspire others and let them know that they are appreciated…I love the feeling of doing that. I’m hoping to make my professional home in the US soon for exactly that reason. There are so many creative professionals there. I can’t think of a better place to contribute positive things in my life and my career.” 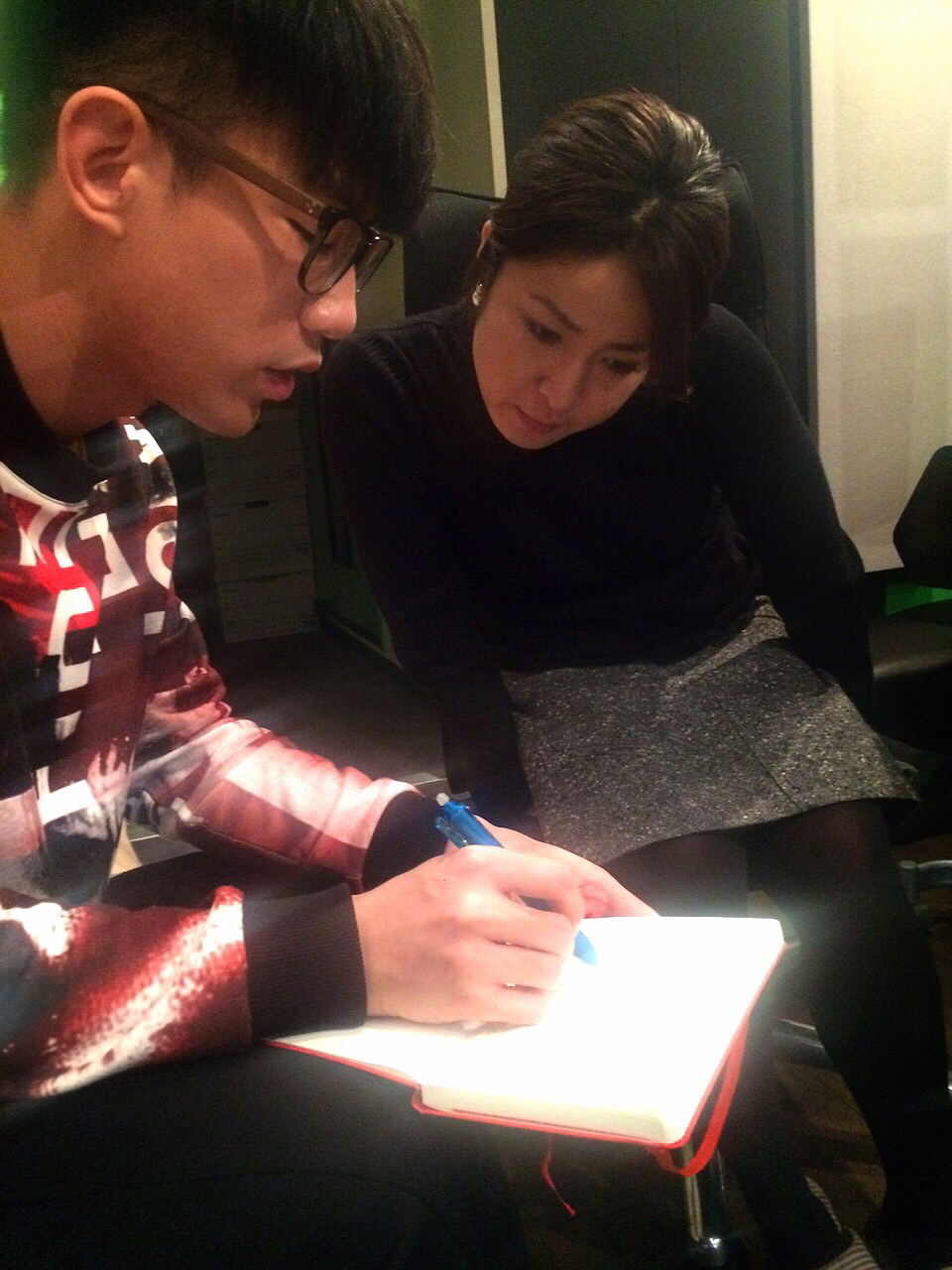 Filed under: Lifestyle, Music & Film
Share Tweet Pin G Plus Email
previous article: NYSE:CHMT Investor Alert: Lawsuit in effort to Halt the Buyout of Chemtura Corp
next article: How to Mount a Fish Finder on a Kayak – Step by Step Guide