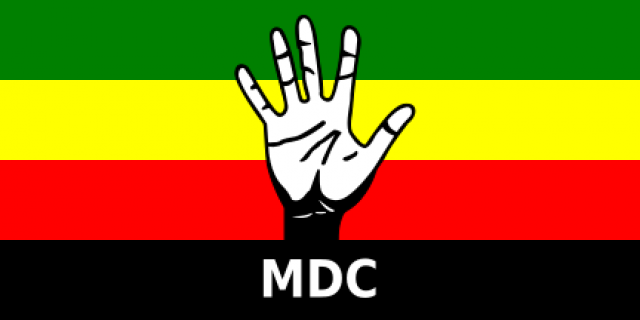 Current opposition would do well to remember the fate of ZAPU, say analysts.

By Jabu Shoko in Harare

As the Movement for Democratic Change, MDC, agreed to discuss a power-sharing deal with the Zimbabwean government, analysts in the country warned the opposition party not to allow itself to be coopted and then neutralised.

At an unprecedented meeting in Harare on July 21, President Robert Mugabe and his opponents Morgan Tsvangirai and Arthur Mutambare, representing the larger and smaller factions of the MDC respectively, signed a document setting out a framework for formal negotiations on a shared transitional administration intended to lead the country out of its long-running political and economic crisis.

South African president Thabo Mbeki, who has led the mediation effort and drafted the document, attended the signing ceremony at a hotel in Harare.

Teams of negotiators from either side will now spend two weeks hammering out the details of a possible deal.

At this point, no one is saying what kind of transitional authority might come out of the talks.

Previously, Mugabe has indicated that he sees himself in charge of a government of national unity, to which he would appoint some opposition politicians.

Tsvangirai, meanwhile, has insisted that he should head the interim body, on the grounds that he won more votes in the first-round presidential election held on March 29. He pulled out of the June 27 run-off, citing mounting political violence against his supporters. Mugabe proceeded to stand unopposed, and was duly declared the winner.

If the power-sharing deal comes off at all, the question is just how equal the relationship will be.

Analysts in Zimbabwe recall the unhappy experience of another opposition force in a different era which was intimidated, subsumed and then effectively done away with by Mugabe’s ZANU party.

Joshua Nkomo’s PF- ZAPU emerged as a rival to Mugabe soon after Zimbabwe became independent in 1980.

Citing the current political violence directed against the MDC, analysts who spoke to IWPR said they believe Mugabe is now using the same strategy he used to bring the late Nkomo under his control – first violence to weaken his opponent, and later an unequal division of power.

Maxwell Mkandla, a veteran of PF-ZAPU’s armed wing, the Zimbabwe People’s Revolutionary Army, ZIPRA, recalled the military offensive that Mugabe launched to eliminate Nkomo’s support base in the Matabeleland and Midlands provinces in the first half of the Eighties. Accounts of the number of dead vary, but at least 10,000 people are believed to have died in Operation Gukurahundi.

A badly battered PF-ZAPU was then forced to sign up to a unification deal with ZANU in December 1987, creating the present ZANU-PF, still entirely dominated by Mugabe’s people. Nkomo was appointed vice-president of Zimbabwe and held the post until his death in 1999, but wielded little real power.

Speaking of the current situation, Mkandla, who now heads the Liberators’ Platform group in Matabeleland, said, “It’s reminiscent of the Gukurahundi. The only difference now is that the violence is directed at his own people for voting for Tsvangirai, but the tactics are the same.”

Mkandla warned the MDC to be wary of Mugabe’s apparent willingness to talk.

Eldred Masunungure, a politics lecturer at the University of Zimbabwe, agreed that “the parallels [with what happened to PF-ZAPU] are there, and very close”.

“ZANU-PF has resorted to using the powers of the incumbent for leverage in the intra-party talks. What’s going on in terms of the security situation is typical of what happened in Matabeleland and the Midlands during the late 1980s,” he said.

Violence which the MDC says left over 100 of its sympathisers dead before the June 27 ballot and at least 20 since then is, according to Masunungure, an attempt to force Tsvangirai to the negotiating table, just as Gukurahundi did to Nkomo.

Analysts also draw comparisons between the decimation of PF-ZAPU’s party infrastructures in its heartland provinces in the Eighties and the current campaign of violence, which many say has focused particularly on rooting out MDC activists from areas traditionally seen as ZANU-PF strongholds, where the opposition scored surprise wins in the March polls.

Gorden Moyo, executive director of the Bulawayo Agenda group, agrees that Mugabe’s tactics are similar to those he unleashed in the Eighties. But he insists that Tsvangirai and his MDC faction are well aware of the pitfalls, and will take care to avoid them.

“Tsvangirai has tried to behave differently. The MDC is trying very hard not to be ensnared by ZANU-PF, because ZANU-PF wants history to repeat itself,” said Moyo. “ZANU-PF’s strategy is, and has always been, to use [its experience with] ZAPU as a model.”

By contrast, said Moyo, the MDC is prudently setting conditions for a future deal. Tsvangirai has said he will not sign anything until the violence against his supporters stops, and unless the mediation team is expanded to include an envoy from the African Union.

Mbeki is acting under a mandate from the Southern African Development Community, a grouping of regional states, but the MDC suspects him of being too close to Mugabe to act as a truly honest broker.

Now the MDC is “refusing to walk into the lions’ den willingly”, said Moyo, urging the party to “continue to insist on the expansion of the mediation team”.

On July 18, Mbeki met the United Nations special envoy to Zimbabwe Haile Menkerios and the chairman of the African Union’s commission, Jean Ping. According to the AFP news agency, they agreed that while Mbeki’s team would continue to lead on mediation, it would work more closely with the UN and African Union, and a new joint body would be set up to monitor progress.

Jabu Shoko is the pseudonym of a reporter in Harare.