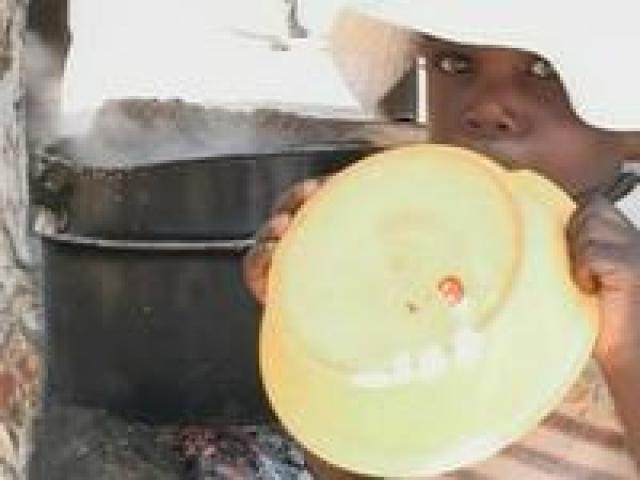 Thousands of children are facing starvation in Zimbabwe, as authorities continue to downplay the ongoing humanitarian crisis.

A hidden camera, filming secretly inside the country, has revealed that President Robert Mugabe is using his security forces to try to mask the crisis from the world.

Many sick children are getting sicker and weaker due to a lack of food in hospitals.

In one hospital ward in the eastern province of Manicaland, 15 children are believed to be suffering from severe malnutrition.

One girl, aged four, could no longer stand because she was so weak.

The hospital is one of several across the country, which have been targeted by Zimbabwe’s police force as part of an organised campaign to ‘cover up’ the true impact of Mugabe’s rule.

One officer said he was among a team ordered to ‘intimidate and harass’ the senior staff into concealing the number of starving children they are treating.

He said the nurses were warned they faced arrest if they admitted to anyone that there were malnourished children in the wards.

But one nurse said there had been a significant increase in the number of starving children being admitted and in the number dying.

He said that most malnourished children are dying at home because their parents know Zimbabwe’s crippled health system cannot help them.

‘Malnutrition among children is a silent emergency,’ Geoff Foster, a British paediatrician working in Zimbabwe, said.

‘Children are dying quietly in the villages.’

Next year the figure will rise to 5.1 million, which amounts to half of the country’s population.

Filed under: Lifestyle, World
Share Tweet Pin G Plus Email
previous article: Georgia official dies near Abkhazia
next article: Battle for America’s soul not over yet