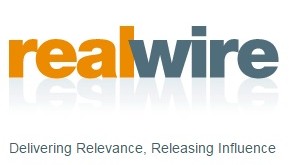 During this period, ZTE unveiled the world’s first 10G PON smart gateway, which supports 10G EPON or XG-PON1 uplink interfaces and delivers the best performance capable of 10G PON. Leveraging a software architecture based on a smart operation system, ZTE 10G PON smart gateway supports the flexible loading of self-operated and third-party services, and enables the carriers to take full advantage of open and ecological Internet.

Mr. Cai Jingzhe, VP of ZTE, said: “The bandwidth-hungry services represented by big video are driving the development of broadband networks. At present, 4K resolution has been the standard configuration of large-screen televisions. Virtual reality/augmented reality (VR/AR) services are on the rise and will have a broader application. Fixed-line broadband will be able to achieve better performance from 100Mbps to 500Mbps or 1000Mbps in four-to-five years. Facing ever-increasing bandwidth requirements, the upgrade from EPON and GPON to 10G PON is an inevitable trend in fibre-to-the-home (FTTH) network construction. With ultra-high bandwidth delivering capabilities and able to cater for future bandwidth demands, 10G PON will become the development direction for fixed-line access technologies.”