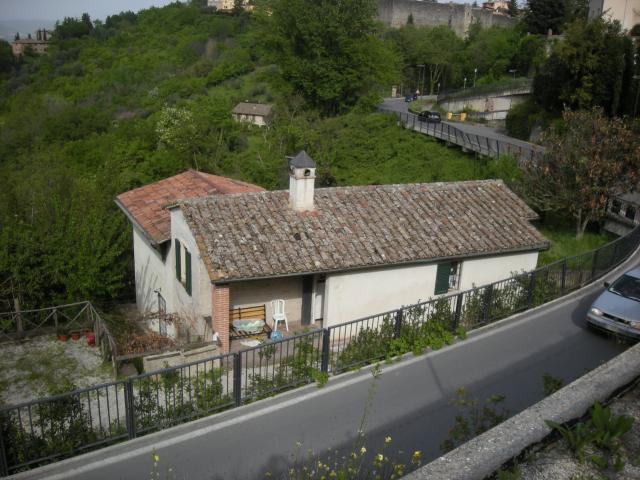 A simple, tragic murder is made complicated

When British student Meredith Kercher was murdered in Perugia, Italy in 2007, the local police and prosecutor swiftly arrested three people and declared, ‘case closed’.  Two weeks later, local small time crook Rudy Guede was also arrested.  Evidence of his presence littered the room where Meredith died; his DNA was even found in her vagina.  One of the suspects – bar owner Patrick Lumumba, was freed when a customer returned from Switzerland and confirmed his alibi.  Guede opted for a fast track trial and was convicted in 2008 and is currently serving a 16 year sentence.

The two remaining suspects, students Amanda Knox, from Seattle and her then boyfriend Raffaele Sollecito, from Bari, Italy, were detained by the authorities for four years in what swiftly became the most bizarrely handled and badly reported murder investigation and trial of the twenty first century.  The case has become an exemplar of the failings of the dysfunctional Italian justice system.  From early on, it was clear that Knox and Sollecito were being railroaded by a stubborn cabal of Perugian lawyers who had substituted pride and chauvinism for forensic investigational technique.

Media coverage for the students was overwhelmingly hostile, especially for the first two years leading up to the guilty verdict at their first trial in December 2009.

British tabloids in particular led the pack and the internet compounded the problems of the innocent students.  Ignorant and malicious comments, often with no basis on fact became common currency.  A web site, the provocatively named, ‘True Justice for Meredith Kercher’ (TJMK) was set up and dedicated itself to vilifying the innocent students, while pretending to do this out of respect for the murder victim.  It was augmented by a forum ‘Perugia Murder File’ (PMF), a tasteless and vulgar online chat room that later fractured into two similar sites (pmf.org and pmf.net) when some of its members attempted a coup.

“The news coverage by Italian and British tabloid newspapers, in particular, was criticised as constituting character assassination and demonisation, especially of Knox.” – From the Wikipedia article of today.

In 2011 a retrial produced an emphatic ‘not guilty’ verdict but in March 2013 the Italian Supreme Court ruled again and ordered another retrial, though its grounds for questioning the second trial’s verdict are as yet unknown.

What has this to do with Wikipedia?

The Wikipedia page about the case, ‘The Murder of Meredith Kercher’ became a battlefield.  From the time it was set up it was dominated by mainly British editors who believed that the students were guilty.  They correctly recognised that Wikipedia would be the first port of call for many journalists, so control of this page would shape the narrative elsewhere, which could, ultimately influence the trial verdict itself.  Every edit was hard fought and many contributors were banned on flimsy pretexts.  For example, even the decision to define the case as ‘controversial’ was debated for several pages as filibustering attained art form status.  At the time of writing, the ‘talk’ section runs to 37 pages.

Some of these editors were undoubtedly also contributors to the hate sites.  One in particular, identifying himself as ‘Gwaendar’ outed himself in an article on TJMK.  Eventually one of the banned contributors, Joseph Bishop, known as PhanuelB, organised a petition to Jimmy Wales.  Once alerted, Wales took a personal interest in the case and arranged for new contributors to assist in editing the page. He commented, “I just read the entire article from top to bottom, and I have concerns that most serious criticism of the trial from reliable sources has been excluded or presented in a negative fashion.” A few days later he followed up, “I am concerned that since I raised the issue, even I have been attacked as being something like a ‘conspiracy theorist.”

Gwaendar commented on Wales’ intervention thus, “Wales entered the Murder of Meredith Kercher article rather like an elephant in a china shop, essentially accusing established editors who had laboured for years to try and maintain the article of having conspired to suppress and censor other points of view. His point is aided, obviously, by the scores (sic) of media coverage generated by the Knox PR campaign.”

Gwaendar also made the following comment, “For a source to be considered reliable, it must be either peer-reviewed or reported by a media outlet with a solid track record for fact checking and accuracy.”  This was interesting in the context of the Kercher page because established editors continuously argued that highly partisan stories in British tabloid newspapers containing information that had been subsequently disproved, were more reliable than articles written by Pulitzer prize winning journalists that were published in the New York Times.

There has been constant reference to a Knox ‘PR campaign’ for five years.  It is a myth.  There has been an accretion of support from independent lawyers, investigative journalists, university professors, retired FBI agents, forensic engineers, individuals who work for innocence projects and others, who have been outraged by the way the case has been prosecuted, but these people have given their time freely as humanitarians.  It might be more interesting to ask why an orchestrated campaign to argue for guilt has been waged by a group of largely anonymous internet trolls who constantly repeat long disproved prosecution theories and smears that have no basis in fact.  Are they simply deranged obsessives or is there a more sinister hand manipulating them?

The Wikipedia page slowly began to improve but a wholesale revision was delayed until after the second verdict.  Even now a rearguard action persists. Three weeks after the 2011 verdict, incoming editor, ‘SlimVirgin’ admonished one of the hard-line haters, “I think you have a conflict of interest editing here, because it’s clear from your many off-wiki posts that you’re an anti-Knox activist, and some of the posts have amounted to personal attacks on her, rather than simply discussing the case. You should not be editing a Wikipedia article about a living person when you’ve crossed the line into activism against that person. . . . I therefore think you should consider not editing this article again or any of the others about Knox.”

Today the Wikipedia entry belatedly acknowledges the bias that was central to European media coverage for over four years.  On March 20th 2012, Jimmy Wales wrote, “The article was at one point highly biased due to the blockings taking out one side of the debate.”

Meanwhile, the internet hate campaign thrives and respected journalists, academics, investigators and lawyers who have helped to challenge an injustice have been vilified in their turn.  In recent weeks two highly respected authors have published articles about the hate phenomena.  Nina Burleigh’s piece in Time Magazine online is titled, “The Amanda Knox Haters Society: How They Learned to Hate Me Too”.  Douglas Preston has written a Kindle Single: “Trial By Fury: Internet Savagery and the Amanda Knox Case”.  This is accompanied by an edited introduction in Slate, “Burn Her at the Stake”.  The comment sections of both Burleigh and Preston’s articles have been overwhelmed by hundreds of hateful comments that only serve to reinforce the points they are making.

It is unfortunate that Wikipedia’s supposedly factual coverage of the case became a battleground but it did, as any neutral observer who reads sections of the ‘talk’ page can see.  Prejudice should not be allowed to prevail in an encyclopedia; it is bad enough in the wider internet.  The activities of the biased and mainly British chauvinists who controlled the Meredith Kercher page did immense damage to the reputation of Wikipedia.  The encyclopedia needs a rigorous and fair dispute settlement process.  Whatever its apologists say, it does not have one now.

This is an edited version of an article that was submitted to ‘Wikipedia Signpost’ weekly.  The editor declined to publish it.

Douglas Preston (This is an excerpt from a Kindle Single.  The full piece contains references to the Wikipedia controversy.)

Comments by ‘Gwaendar’ are from here:

(Gwaendar claims to be a Wikipedia editor, presumably using a different pseudonym.

Comments by Jimmy Wales are from Wikipedia sources including the Meredith Kercher talk page and Jimmy’s own page.

Comments by SlimVirgin are from the Meredith Kercher talk page.