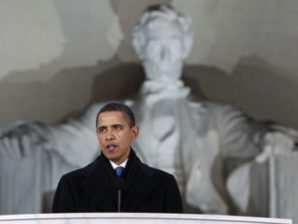 In almost every major address he has ever given, President Obama has invoked the name of the first man from Illinois who moved into the White House. Now, a century and a half later, as he battles a towering economic crisis that could be the greatest test of his presidency, Obama may well be asking […]

Lynette Lorenz says she used to be a "country club girl" who made $95,000 a year and spent money as if her budget was unlimited. She even appeared on "Dr. Phil" for a show called "Where’d the Money Go?" Then her hometown of Fort Myers, Florida, became the nation’s foreclosure capital with near double-digit unemployment. […]