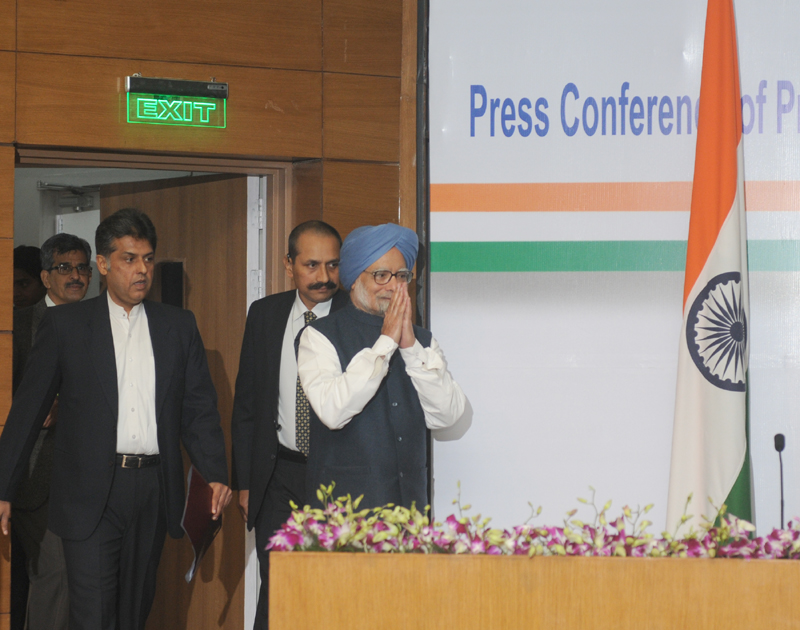 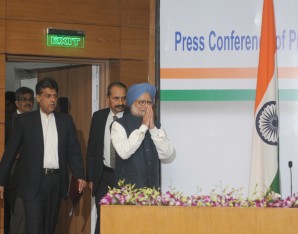 NEW DELHI: Despite the graph of India’s ruling Congress party nose-diving, seems its managers are still in illusion that by managing press conferences of their leaders they can correct the image of the party. Prime Minister Dr Manmohan Singh’s January 3 press conference is now shrouded in the controversy.

Journalists were asked to submit their questions in advance to get a clearance from the media management team of the AICC, alleges columnist, and adds that a journalist working for a Tamil Nadu newspaper was humiliated and denied entry in the press conference.

Later, when many journalists protested then they were told by Pachauri that they should have contacted Tom Vaddakkan or him two days in advance and given them their questions.

Noted journalist from Kashmir and bureau chief of a leading English daily, DNA, Iftikhar Gilani too wasn’t allowed to ask question.  There were many like Gilani.

On the top of it, the press conference of the prime minister of India was supposed to be a government affair and should have been handled by the government officials but it was high-jacked by the AICC media management team. How much the AICC team was efficient could be gauged by the fact that many media organizations weren’t allowed to ask a single question and few organizations were given a free hand to ask two questions.

People have not still forgotten about the dramatic appearance of the AICC Vice President Rahul Gandhi at a Press Conference in Press Club last year wherein he had strongly criticised the Manmohan Singh government’s decision to pass an ordinance to allow convicted politicians to contest elections and said it should be “torn up”. It was a preplanned act of image building of Gandhi scion who is set to be named as Congress’ prime ministerial candidate in India’s 2014 general elections.

India’s main opposition party, the Bharatiya Janata Party (BJP), is not better than its so called bête noire Congress. The famous ‘puppy’ interview of its prime ministerial candidate Narendra Modi was also an image building exercise. Insiders maintain that the questions were approved earlier by Gujarat CM’s office.

Press conferences are supposed to be informing the masses about the important issues that affect the nation and common public. But, unfortunately the governments and political parties have been treating press conferences as image building exercise to cover up their shortcomings.

It is high time that two major political parties of the country realize as soon as possible that image building press conferences won’t win elections for them. The recent rise of Aam Aadmi Party (AAP) in Delhi assembly elections should be a clarion call for the Congress and the BJP that instead of managing media they should manage the voters by good governance to win elections.

This scribe still remembers a press conference of AAP leader Arvind Kejriwal at Press Club of India that he had addressed last year.  After highlighting issues of public & national interest and answering queries, Kejriwal and his team immediately left the venue without bothering to influence media with ‘off the record’ conversation. They left it to the discretion of the media to do the justice with the issue highlighted by them.