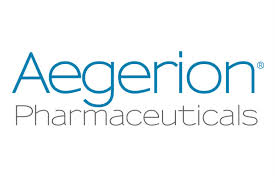 An investigation for investors in NASDAQ:AEGR shares concerning potential breaches of fiduciary duties by certain Aegerion Pharmaceuticals directors was announced.

Investors who are current long term investors in Aegerion Pharmaceuticals, Inc. (NASDAQ:AEGR) shares, have certain options and should contact the Shareholders Foundation at mail@shareholdersfoundation.com or call +1(858) 779 – 1554.

Aegerion Pharmaceuticals Inc’s products include JUXTAPID (lomitapide) capsules, an adjunct to a low-fat diet and other lipid-lowering treatments in patients with homozygous familial hypercholesterolemia.

Then in November 8, 2013, news reports revealed that Aegerion Pharmaceuticals, Inc. received an FDA Warning Letter (the, “Warning Letter”) in connection with statements the Company’s CEO made regarding JUXTAPID capsules, during broadcast interviews on CNBC’s television show, “Fast Money,” that aired on June 5, 2013, and October 31, 2013.

Then on January 9, 2014, Aegerion Pharmaceuticals, Inc. reported its preliminary 2013 Net
product sales, its outlook for 2014 and other business updates. Among other things, Aegerion Pharmaceuticals, Inc. announced that it has received a subpoena from the United States Department of Justice, represented by the U.S. Attorney’s Office in Boston, MA, requesting documents regarding the Company’s marketing and sale of JUXTAPID in the U.S.

Those who purchased NASDAQ:AEGR shares have certain options and should contact the Shareholders Foundation.