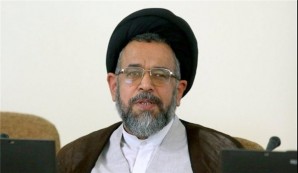 Fars News is reporting that the Iranian Intelligence Minister Seyed Mahmoud Alavi has been quoted as saying  his “forces have defused two bombing plots during the International Quds Day rallies in late July 2014.”

Alavi said the Intelligence Ministry has “stopped and neutralized two suicide bombers in two separate provinces on the International Quds Day (the last Friday of the fasting month of Ramadan) and it has also arrested 130 members of Takfiri terrorist groups.”

A takfiri (from Arabic: تكفيري‎ takfīrī) is a Muslim who accuses another Muslim (or member of Abrahamic religions) of apostasy a crime punishable by death or beheading in many cases.

The accusation itself is called takfir, derived from the word kafir (infidel), and is described as when “one who is, or claims to be, a Muslim is declared impure.”

Its a slap in the face of any devout Muslim!

The act of accusing other Muslims of being takfiri has itself become a sectarian slur particularly since the outbreak of the Syrian Civil War in 2011, as when used by Shi’a groups such as Hezbollah to refer to Sunnis

“The Intelligence Ministry is in control in its confrontation against all internal and international threats,” he reiterated.

Alavi added that the ministry has also defused several other terrorist plots and released many abducted Iranians, including fencing champion Hamed Sedaqati who was released after months of abduction in the Southeastern Sistan and Balouchestan province.

The International Quds Day was started by the late Founder of the Islamic Republic, Imam Khomeini, in 1979 as a way of expressing solidarity with the Palestinians and underscoring importance of the holy Quds to Muslims.

Source: Fars News
Note intelligence file report: Alavi was born in Lamard, Fars province, in 1954. He holds a PhD in Islamic jurisprudence and law from Ferdowsi University in Mashad. Alavi is a cleric and a scholar of Islamic jurisprudence. He holds the religious rank of Hojjatoleslam. Alavi is the former head of the political and ideological body of the Iranian Army to which he was appointed by the Supreme LeaderAli Khamenei.
Alvai heads the Ministry of Intelligence and National Security of the Islamic Republic of Iran (MISIRI) Vezarat-e Ettela’at Jomhuri-ye Eslami-ye Iran ( literally Islamic Republic of Iran’s Ministry of Intelligence) is the primary intelligence agency of the Islamic Republic of Iran. As such it is the most powerful spy agency in all of Iran.
The MISIRI is also known as VEVAK (Vezarat-e Ettela’at va Amniyat-e Keshvar) or VAJA or alternatively MOIS. It was initially known as SAVAMA, when it took over the previous government’s intelligence apparatus.
Filed under: News, World
Share Tweet Pin G Plus Email
previous article: President Barack Obama snubs Putin on his birthday
next article: Universal Music adopts a more visual approach