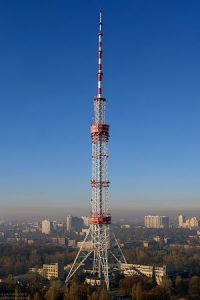 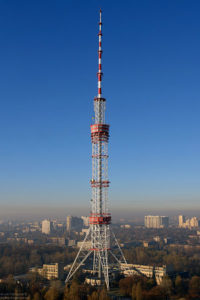 Ukrainian Telecom Regulator, the National Committee for Communication and Information Regulation (NCCIR) has issued a Proposal for Stimulating New Technology Development in Ukraine. The document with a truly promising headline suggests certain changes to the Tax Code and Radio Spectrum Utilization Plan. Some of these innovations have been sternly criticized by industry experts.

To start with, NCCIR suggests increasing the rent payment in 2300-2400 and 2500-2700 MHz bands by 488 times, from current UAH 40.92 to UAH 20,000 (approx. USD750) per 1 MHz a month meanwhile decreasing it by 13.4% for dominant Russia-controlled mobile operators who enjoy skyrocket profits even in current difficult times. Industry experts fairly believe that this Regulator’s initiative is discriminative and undermines fundamental principles of tax and antimonopoly law and clearly shows that the Regulator intends to “cleanup” these bands for the benefit of major Russian mobile players while “killing” Ukrainian small and medium telecom businesses.

Thus the business is really booming for the big three Russian mobile operators in the country that dragging a hard burden of war against Russian Armed forces! Therefore, NCCIR clearly has their benefit in mind making another attempt to “cleanup” the valuable spectrum for 4G implementation. It’s probably one of those cases where “who pays the piper calls the tune”.

Yet more fun to come! The Regulator suggests amending the Tax Code with a provision allowing NCCIR to revise the radio spectrum rent every year at its own discretion without even mentioning any calculation method for the spectrum rent. The National Regulator merely increases the spectrum rent in 11th time within last 7 years!

To put it plain, if this provision comes into force the market players should just drop the idea of long-term business planning anxiously anticipating annual act of “optional justice”: a stick or carrot from the Telecom Regulator. Moreover, since we already know who is really managing this “service on demand”, most probably the Russian businesses will keep their hands on the Ukrainian telecom.

Back to the Future

The changes that NCCIR has proposed to the Radio Spectrum Utilization Plan may just hit the top chart as the most illogical ever. The Regulator effectively suggests converting an operating radio technology into a perspective one.

If this innovation gets approved, from January 1, 2018 Ukrainian providers of the long-standing technology “International Mobile Telecommunication, IMT” will all turn into the outcasts due to the fact that “the implementation in Ukraine of radio technologies not being defined as operating is prohibited”. Yet the National Ukrainian Regulator seems to turn the blind eye to this “little nothing”: in pursuit of the goal to clear the 4G landscape for big Russian mobile players all means are fair.

What’s in a Nutshell?

Unfortunately, instead of a complex solution of telecom industry problems, for instance approval ofa long-awaited calculation method for the radio spectrum rent, the Regulator makes another hectic attempt of “quick and dirty” cleanup of 4G spectrum yearned by big Russian operators. A sacrifice for this would be the obliteration of small and medium operators using the addressed spectrum bands. For this end the Regulator is willing to “ignore” the Government Resolution “On Approval of Action Plan for Implementation of the Fourth Generation Mobile Telecommunication System”, as well as its own Decision #633 as of December 4, 2015 and the fact that the rent increase would boost the tariffs for subscribers who are the cornerstone of all Regulator’s efforts according to its Chairman.

However, neglecting the Government resolutions appears just a child play compared to deliberate (or not) ignorance of very recent laws, namely Section 16 of the Law of Ukraine as of March 2, 2015 #222-VIII “On Licensing of Types of Business”, which states that the “reason for license cancellation is a‘documented evidence of the fact of control (major influence) of licensee operations by entities from countries that undertake military aggression against Ukraine as defined in Section 1 of the Law of Ukraine ‘On Defense of Ukraine’ and/or facilitate preconditions for military conflicts or military actions against Ukraine’”.

Ukraine special services have persistently reported about major threat for national security created by big Russian mobile operators working in Ukraine. It’s probably high time for the national industry Regulator to take note of the acting law of Ukraine, instead of demolishing the Ukrainian businesses, and as a matter of principle to give fair assessment of activities of big Russian operators. It’s due to the fact that their networks are managed from the Russian territory that Russian military are able to precisely identify and mine the positions of our armed forces in the ATO zone. While the above mentioned Law provision would in fact enable to “cleanup” the spectrum required for the implementation of the next generation 4G mobile communication for both international and Ukrainian investors and, what is more important – to do without any funding from the aggressor country.