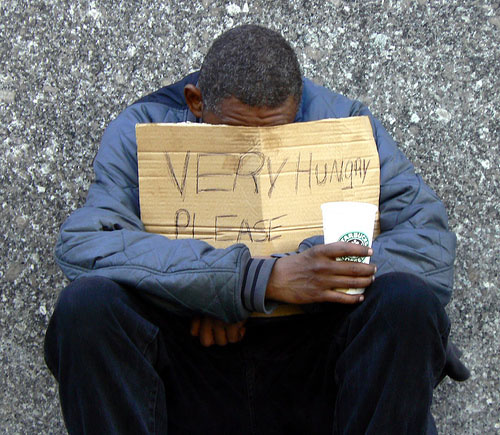 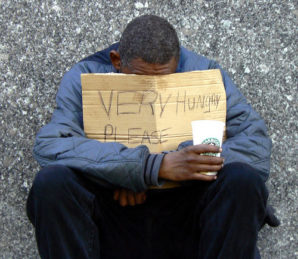 Feeling shame! Homeless man begs for food on the streets of America.

On January 15, 2014 Rep. Jim McGovern of Massachusetts asked for and was granted permission to address the United States House of Representatives for a few minutes to discuss the problem of hunger in America and how this connects with the cuts in food stamp benefits for millions of Americans.

“Mr. Speaker, we live in the richest country in the history of the world, and yet hunger is a problem in the United States of America–a very costly problem.”

“A recent report published in the journal “Health Affairs” shows that poor people are getting sick because they are running out of food at the end of the month. Hunger increases the likelihood that people will get other ailments.”

“Specifically, this analysis shows that poverty and exhausted food budgets may be a reason for increased health risk due to dangerously low blood sugar. We know that poor families prioritize which bills they pay and that food–grocery bills–often fall behind other responsibilities like rent and utilities”, said Rep. McGovern (source: Congressional Record).

McGovern serves as the second ranking Democrat on the powerful House Rules Committee, which sets the terms for debate and amendments on most legislation; and a member of the House Agriculture Committee. He is considered one of the most influential members in the United States Congress.