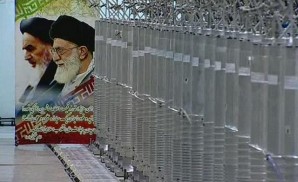 On December 5, 2013 Rep. Scott Perry of Pennsylvania asked for and was granted permission to address the United States House of Representatives for one minute regarding the deal with Iran – which he referred to as a “bad deal.”

“Mr. Speaker, the President has offered Iran what he describes as a “very limited, temporary, reversible sanctions relief.” In this case, limited means $20 billion in sanctions relief. What was the world promised for the $20 billion gift to the Iranian regime? A promise that Iran would pause, not dismantle, its nuclear weapons program for 6 months while we betray our allies and compromise Israel’s ability to defend itself.”

“Let me tell you what this deal is like. It is like going to an auto mechanic you can’t trust to fix an oil leak on your car. The mechanic says it will take 6 months to fix the leak and charges you $1,000 up front. When you come back 6 months later, you will find that not only is the leak not fixed, but your car was stripped down and sold for parts. As we speak, Iranian centrifuges are continuing to spin, continuing to enrich uranium, and continuing to threaten the safety of the United States and our allies”, he said.

“Whether it is at your local auto shop or at the nuclear negotiating table, the American people know when they are getting a bad deal”, said Rep. Perry (source: Congressional Record  http://thomas.loc.gov).

Filed under: News, Politics
Share Tweet Pin G Plus Email
previous article: “The American people have long understood that there is no military solution in Afghanistan”, said Rep. Lee
next article: “This is the way the Affordable Care Act was supposed to work”, said Rep. Fudge