As the global property market continues its recovery from the U.S. subprime mortgage crisis-triggered global recession, it now appears that the self-storage industry has emerged relatively unscathed from the episode. 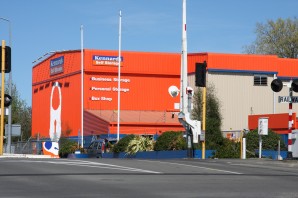 In its Quarterly State of the Market webinar held last August, real estate giant Cushman & Wakefield (CW) provided a comprehensive 18-year market data on the self-storage industry that revealed a 17.77 percent average annual return over the period. Annualized returns over the past ten years, meanwhile, shows the self-storage sector recording an average of 20.48%, outperforming the office (12.29%), retail (16.32%), industrial (10.17%), and apartment (16.40%) sectors. The last quarter also generated the third largest increase in the history of the index.

In addition, CW disclosed that in spite of the steady increase in rentable space and a slight decline in physical occupancy rate, the average capitalization rate has held firm at around a healthy 8 percent since 2006. The sector also exhibited increasingly aggressive consolidation strategies. This is reflected in the volume of portfolio sales transactions over the past two years, accounting for 41% of the US$1.8 billion total.

The findings mirror the general sentiment of the Australian self-storage industry, despite the country’s soft household consumption and retail spending figures. In Inside Self-Storage International’s 2012 report, Self Storage Grows Worldwide, the country’s leading operators were generally bullish of the sector’s growth prospects.

Nonetheless, a few of them has lined up new growth strategies in anticipation of an improved national economic outlook in 2013 and thereafter, including developing strategic alliances with removal firms and opening new call centers.

Kennard Self-Storage, meanwhile, is focusing on a three-pronged strategy: solidifying its presence in the Australasian market, continually reinvesting in its workforce and enhancing online branding efforts. The latter is especially crucial as potential customers are increasingly using the internet to seek storage solutions. In a study published by the Self Storage Association of Australasia, Demand Study 2010, 50.7% of potential clients indicated that they would use the internet to search for a self-storage facility.

With only less than 4% penetration rate in Australia, as opposed to 10% in the United States, the still relatively young national self-storage industry is projected to record significant growth over the coming years.