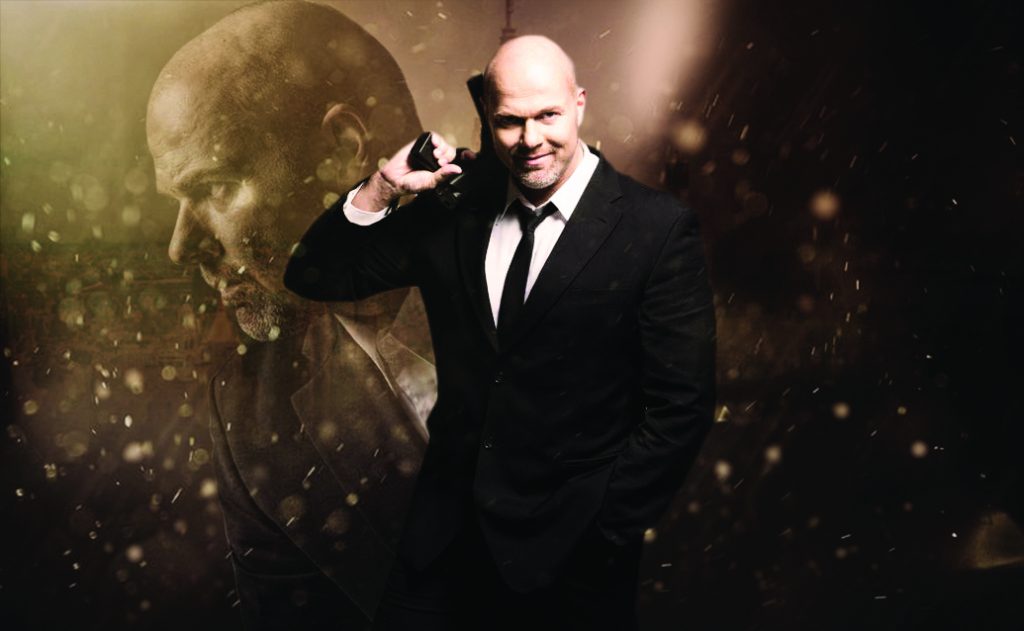 Germany has a lot of claims to fame. The country has produced innovative scientists, ground-breaking philosophers, brilliant artists and composers, not to mention some of the best beers in the world; and with award-winning actor Varick Addler on the list, they can count captivating screen talent among their many notable attributes.

In 2012 Varick Addler took home the Audience Award for Best Performance in a Supporting Role at the Nuremberg Human Rights Film Festival (NIHRFF) for his remarkable performance in the film “Mimikry – Upside Down.” Early on in his career Addler honed his skills at some of the most recognizable acting school across the globe, including the NYFA New York Film Academy in Los Angeles, the William Esper School in New York, the Munich Film Academy and more.

With a plethora of lead roles in film and television projects that span virtually every genre, Addler’s brilliant repertoire of work reveals him as an actor with impressive range, one who easily inhabits his characters and seamlessly brings them to life on screen.

One of Addler’s first professional roles on screen came nearly a decade ago when he played a key Soldier in the 2008 action film “The German,” which took home the Nando Award from the Novara Cine Festival. Directed by Nick Ryan, whose 2012 documentary “The Summit” was awarded at the Sundance Film Festival and earned the Irish Film and Television Award for Best Documentary and Best Feature Documentary, as well as the Boulder International Film Festival’s BIFF Award for Best Adventure Film, “The German” gave viewers the first taste of Varick Addler’s unparalleled skill in the action genre– an area of his craft that he’s become increasingly well-known for on an international level in years since.

While Addler’s appeal as an action star is undeniable, his magnetism on-screen is by no means limited to the fast-paced, heart-pumping genre alone.

German audiences will immediately recognize Addler for his recurring lead role as Johnas Schneller on the hit romantic drama series “Verbotene Liebe,” aka “Forbidden Love,” which earned the Golden Rose Award at the Rose d’Or Light Entertainment Festival. The long-running series initially centered on the wealthy Anstetten family and the middle-class Brandner family– specifically on the forbidden love between Jan Bradner and Julia von Anstetten which, although unknown to them, are twins separated at birth.

As the series progressed “Verbotene Liebe” moved away from the drama of Jan and Julia’s love affair and centered instead on a new family, the Lahnsteins, and that’s when viewers really get to see Addler in action. A family with dark and dirty secrets by the plenty, Addler’s character comes onto the show as the unpredictable and abusive father of series star Tanja von Lahnstein, played by Miriam Lahnstein (“The Peppercorns”).

Over the course of the series Addler reveals his ability to go from charismatic to manipulative and downright scathing. Addler breathes such vile life into Johnas Schneller that he easily became the show’s character everyone loved to hate. Out of all his atrocious acts though, the worst and most defining comes when Schneller who, in the middle of beating his daughter Tanja, pushes his son Thomas down the stairs to his death. To make matters worse, Schneller blames the murder on Tanja, a key plot points that sends Tanja into a mental institution for several years after her brother’s death.

“It was a very challenging role, since it is not easy to deal properly with the issue of child abuse. I am now father myself of two little boys and the thought that something could happen to my children makes me very sad and angry. More incomprehensible how a father can torment his own child in such a way,” Addler admits.

“I don’t have much in common with that character, however, as an actor I must be able to getting into the character and understand their motivation. Preparation is more than knowing your lines. It is embodying the life of the character.”

While fans of Tanja’s character were understandably thrilled when Addler’s character was reported to have died as she did time in an institution, Tanja was far from being free of her noxious father. The series brought Schneller back again and again as a ghost returning from the dead to haunt Tanja with repeated attacks, which says a lot about the character, and the actor, as he was clearly too strong of a draw factor for audiences for the show’s creators to let him die out.

With a number of riveting performances in both European and U.S. productions, Varick Addler has established an indelible reputation for himself as a captivating and dynamic performer whose boundary pushing talent allows him to portray characters within every genre.

Up next for Addler is the highly anticipated action film “Out for Vengeance” directed by Angel Film Award winner Salar Zarza.

Filed under: Film, Lifestyle
Share Tweet Pin G Plus Email
previous article: The Landlord Business: How to Earn a Living from Rental Properties
next article: Buying the Best Flashlights: What You Must Know