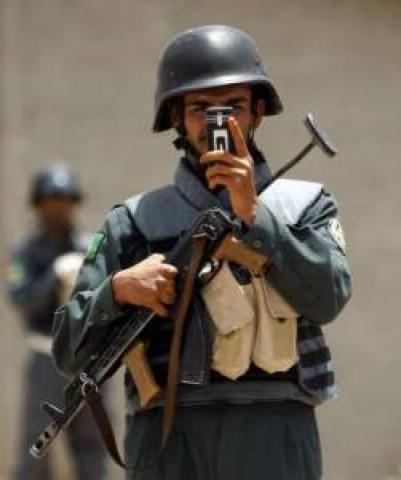 I spent almost three months in Afghanistan over the past summer.  People, more than ever, had lost hope in government.  Security was worse than it had been over the last 8 years.  Parts of the country where I lived, where there had been no previous signs of the Taliban, had actually been attacked several times. The government was always was too late to respond. Often authorities also failed to investigate the situation properly and there were no signs of any arrests or investigations.

Towards the end of June 2010, near my house, the entire work force of Kabul Bank, the biggest in Afghanistan, was murdered over night. Government authorities only found out the next day when a customer reported that the bank was closed for no apparent reason.  People felt very insecure during the night around our area and nobody walked out of the house with any valuables and money. Everyone was horrified.

A close neighbor of ours was threatened around the same time. He was asked to pay $20,000, an amount that is impossible for a middle-class Afghan citizen to make in a year, let alone over night. He had to leave his home and go into hiding.  He knew he couldn’t inform the police because it could have been the police officers themselves who were threatening him.

In a separate incident, four Taliban members attacked a rich businessman’s son. They chased him into my neighbor hood. Luckily, his father had hired a guard from a private security company to protect him. The guard was very brave. He jumped out of the car that they were in and fought the attackers. He killed three of the men and the fourth one escaped injured.  Had the guard been a government soldier, he might have thrown his gun and his army uniform away to disguise himself among civilians, which was often the case when they go into a battle.

â€¨The private security guards in Afghanistan do a good job protecting the people who they work for and sometimes the civilians as well. Through my personal encounters with them — for example at the US Embassy in Kabul — they are very skilled and professional at what they do. But the Afghan police force has much more to accomplish. Often people see them on their cellphones, listening to music, chatting with friends, or playing games while on duty. Many times in the mornings I have seen night guards who fallen asleep while they should have been on watch. Their guns would be lying loose on the ground. Luckily, everyone minded his own business, or stealing the gun would have been a piece of cake.

The following video gives the view an idea of how the training sessions go.

Knowing all of this, I am quite surprised to see that our president, Hamid Karzai, would like to get rid of all the private security forces. I wish our police force were stronger and more disciplined. I would have loved to see corporations, companies, civilians be guarded with our own police. It would have made me proud. But that is not the case yet and it won’t be for quite a while.  This article from CNN’s website (link) gives some idea what the Afghan army looks like and where it is heading. â€¨ Other articles in The New York Times, the BBC and CNN all spoke of US support for the Karzai ‘s decision to pursue peace talks with the Taliban. Many Afghans have made  it quite clear that that is not what they want. The process of eliminating the private security forces from Afghanistan is seen as an attempt to remove any barrier that will prevent Karzai from getting the Taliban into the government. People don’t want this to happen either. If anyone is wondering why is the government doing things people don’t like or want, they should look back at how Karzai was elected.